Fr. Tom Forrest, a Redemptorist priest, a worldwide leader of the Catholic Charismatic Renewal, a passionate proponent of the New Evangelization, and a beloved friend and brother of several of us here at Renewal Ministries, passed away on July 16, 2018, just two days before his ninety-first birthday. We will miss him dearly.

I first met Fr. Tom at one of the Notre Dame Charismatic conferences in the early 1970s. He brought a large group of Charismatics from Puerto Rico to the conference, and their enthusiasm and exuberance certainly made a memorable impression on the thousands of people who attended it!

Later, in January of 1975, when I was working with Ralph Martin in the International Communication Office for the Catholic CharismaticRenewal (ICO for shortâthe precursor of the present-day ICCRS office in Rome), I traveled to Fr. Tomâs parish in Aguas Buenas, Puerto Rico, as the ICO representative to the Third ECCLA Meetingâa conference for several hundred leaders from the renewal throughout Latin America. Fr. Tomâs parish hosted the event, which was followed by a rally for several thousand Charismatics from the island.

But I really got to know Fr. Tom in 1978, when he joined us in Brussels, Belgium, where the ICO office had relocated in 1976 at the invitation of Cardinal Leo-Jozef Suenens. Ralph, who had guided the office from its inception in 1973, felt it was time to move on, and Fr. Tom had been elected to take over direction of the office.

(On a side note, after leaving his parish in Puerto Rico, Fr. Tom spent an extended period of time with The Word of God community in Ann Arbor, Michigan, which hosted a fairly sizable group of Latin Americans at that time. My wife, who had moved from Mexico to be part of the community and pursue her studies, served as his secretary during that time, thereby cementing our family relationship with Fr. Tom in the years to follow.)

During the transition period over the next year and a half, I continued to work at the office alongside Fr. Tomâs secretary from Aguas Buenas, Marta Vargas McGlade, and Carlos Calvente, an Argentinian from Spain. We moved the office from its original premises on Rue du Vallon in downtown Brussels, to a sizable but bare space that Cardinal Suenens had offered us in his Brussels residence on Boulevard Smet de Naeyer. I learned that Fr. Tom was truly a jack of all trades, as I joined him in carrying planks, beams, and drywall though the streets of Brussels, handing him hammer and nails, and holding up beams and drywall as he transformed the space into a pleasant and usable office space.

Above all, I got to know Fr. Tom for the spiritual giant that he was. He was first and foremost a Redemptorist and took his call as a Redemptorist priest seriously, patterning his life after the orderâs founder, St. Alphonsus Liguori. He often cited St. Alphonsusâ dedication to his âmission among the people,â preaching and conducting retreats amongst the ordinary folk in order to saturate them with a sense of God and a message of hope in Christ. Like St. Alphonsus, he saw himself as called to preach, and, like St. Alphonsus, he often worked himself to the point of exhaustion in doing so. I observed his energy first-hard when I accompanied him on a mission trip around Africa, during which he ministered to people from the early morning hours well into the night. Over the following years, Fr. Tom traveled to and preached in more than 120 countries. He felt a special call to minister to his fellow priests and organized two worldwide retreats for priests in Rome in 1984 and 1990, which more than 11,000 priests from around the world attended.

Shortly after Fr. Tom arrived in Brussels, he had to travel to Rome, following the election of Pope John Paul II in October of 1978. Upon his return, he shared with us his experience of meeting the pope. I do not recall the occasion, but the Holy Father had a public event in St. Peterâs Square in the early evening, and Fr. Tom went to it. He told us how the Holy Father, at the end of the event, joined the crowd in the square, shaking hands and imparting blessings. But he didnât leave so quickly. He stayed and he stayed . . . and Fr. Tom stayed along with him. Over time, darkness set in, and Fr. Tom was there with the Holy Father and a small group of about fifty people, standing in the square and chatting. The few people walking in the square at that hour probably didnât realize that the Holy Father was standing in the middle of that group, chatting away with those present!

Listening to his story, I could tell Fr. Tom was captivated by the personality and the stamina of the pope; he walked away from Rome with a renewed commitment to serve the Lord with an even greater zeal. Needless to say, when Pope John Paul II began to speak about the âNew Evangelization,â Fr. Tom was already on board the bandwagon! In the years to follow, Fr. Tom met with Pope St. John Paul II thirty times and dined with him on eight occasions.

The third source of Fr. Tomâs inspiration was St. Theresa of Calcutta. He had a close friendship with Mother Theresa, a friendship that developed after I returned to the States and Fr. Tom moved on with International Communication Office to Rome in 1981. I can easily see why Mother Theresa was a source of inspiration to Fr. Tom. He himself lived poorly and simply. His taste for food was simple, and his meals were sparse. His only indulgence at the office was his mid-afternoon tea, which Marta faithfully prepared every afternoon. In terms of any other possessions, Iâm pretty sure that he could fit everything he owned into one suitcase.

He definitely was into serving the Lord over the long haul. In reading his obituary, I was somewhat surprisedâand delightedâto learn that he was serving at the time of his death on a committee in Rome planning for the second millennial of the Redemption in 2033!

St. Alphonsus Liguoriâs feast day was Aug. 1. Reading his biography in my Magnificat, I couldnât help but notice that St. Alphonsus, like Fr. Tom, died shortly before his ninety-first birthday!

Well done, good and faithful servant! We all will miss you. 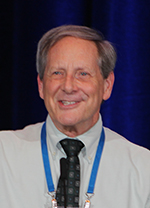 Gary SeromikÂ is the director of office administration and human resources for Renewal Ministries. He oversees the finances, database, and fundraising, and has worked with Ralph since 1972. Gary and his wife Anilu have four children and six grandchildren.