Dr. Mary Healy, a member of the Pontifical Biblical Commission and a special advisor to Renewal Ministries, recently traveled to Brisbane, Australia, to speak at a conference for the Catholic Charismatic Renewal. We hope her reflections on some of her experiences there and in other countries encourage you and fill you with hope, knowing that the power of the Lord is at work around the world.

The conference this weekend was a beautiful experience of Christian unity and of the presence of the Holy Spirit. The speakers were myself and Mark Nimo, with one talk given by a Protestant, Katherine Ruonala, founder and pastor of a charismatic church in Brisbane. She moves in signs and wonders to an amazing degree.Â  We led a healing service together on Saturday night and there were many healings, including of deafness, fibromyalgia, arthritis, Parkinsonâs, psoriasis, dizziness, pain from neck and back injuries, and many inner healings.

As an example of whatâs going on in her church, one young man evangelized three young guys he saw playing basketball near his house. They spoke only broken English, but he invited them to his house for a barbeque. They were Moslem refugees who had recently come from Iran. One of them had severe vision problems and said he had lost his glasses coming over on the boat. So the Christian prayed over him, and he was totally healed. As a result all three came to faith in Christ and were baptized. This was the only exposure theyâd had to Christianity, so they thought miracles were normal. They began to pray over other Moslems and see healings, and were even doing fire tunnels at the place where immigrants line up to receive their government subsidies. As a result, over a period of three months sixty Moslem men came to faith in Christ.

Although the Catholic Renewal is relatively small in Australia, there is a very impressive evangelistic zeal and readiness. The people were not there just to have a good time, but truly to be equipped to go out with the Gospel in the power of the Holy Spirit. Many are already involved in evangelistic outreaches on the âperipheries.

Two women told me that after reading my book Healing: Bringing the Gift of Godâs Mercy to the World their prayer groups have been evangelizing on the street and seeing miracles. Another woman said that during a conference at which I spoke last year in Melbourne, she was healed from deep vein thrombosis.

After being in Quebec City, Ireland, and Australia three weekends in a row, I see an amazing convergence in what the Lord is doing throughout the world. Everywhere people are receiving a deeper revelation of the Fatherâs love and of the authority we have in Christ as sons and daughters of God. There is an awakening to the supernatural as the normal Christian life and our inheritance as baptized believers. There is a deeper zeal to go out and bring home the lost, and a recognition that unity in the body of Christ is not optional but is of the highest priority to the Lord. 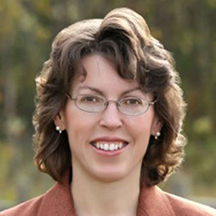 Dr. Mary Healy is professor of Scripture at Sacred Heart Major Seminary in Detroit and serves as chair of the Doctrinal Commission of International Catholic Charismatic Renewal Services (ICCRS). Her doctorate is in Biblical theology from the Pontifical Gregorian University in Rome. She is a member of the Pentecostal-Catholic International Dialogue, and she speaks nationally and internationally. She was appointed by Pope Francis as one of the first three women ever to serve on the Pontifical Biblical Commission. Dr. Healy has published numerous books, including Healing: Bringing the Gift of Godâs Mercy to the World. Renewal Ministries has produced two CDs of Peter Herbeck's interviews with Dr. Healy, Does Jesus Still Heal? and Made for Relationship: A Biblical Understanding of Homosexual Behavior.

One thought on “Experiencing Renewal Around the World”