A friend once told me, âBeing out on a limb for God is the perfect place to be in ministry.â It is such a simple yet profound thought, and it reminds me of another phrase I often hear: âThe way you spell faith is R-I-S-K.â While I can envision those phrases being used as an excuse for lack of preparation or as a license for a foolhardy person to undertake every crazy idea that pops into his or her head, there is still undeniable truth in them. Church history is filled with countless examples of saints and regular modern-day Christians risking everything to follow the Lord, traveling to foreign lands to evangelize, and accomplishing heroic feats up to and including the ultimate sacrifice of giving their life for the Lord in martyrdom. In fact, Jesus himself gave the humanly risky command to his disciples to âtake nothing for the journey . . . no staff, no bag, no bread, no money, no second tunicâ (LK 9:3). He asked them for nothing short of total dependence on Divine Providence and the generosity of others. But what does it mean in my own life and ministry to âgo out on a limbâ for God?

It all starts with prayer. Communication with God in prayer fosters a relationship with God that roots us in our identity as his son or daughter, and then overflows into mission. Prayer is the first domino in the chain reaction. Therefore, the first question is not so much, âAm I bold and courageous enough?â But rather, âAm I encountering God every day in prayer?â Through prayer, we become the kind of person that canât help but speak the name of Jesus. Through encountering the Lord in daily prayer, we gain a âfire in our bonesâ like Jeremiah that we cannot keep inside (Jer 20:9). Then we can echo the words of St. Paul, âFor if I preach the gospel, it gives me no grounds for boasting. For necessity is laid upon me. Woe to me if I do not preach the gospel!â (1 Cor 9:16). As baptized Christians, we are called to evangelize and embrace the mission of Jesus âto seek and save the lostâ (Mat 28:18-20; Lk 19:10). This is our foundation, but it is only when prayer and discernment provide clarity of the specific task or mission God is asking of us that taking a risk for God comes into play. In short, God does not give us a mission without giving us the grace to accomplish it.

Therefore, it is in the response of prayerful obedience that taking a risk for God has its proper context. For example, if you receive a consistent prompting in your personal prayer life which is confirmed by the advice of a spiritual director or by the encouraging prophecies you have received from Christian brothers and sisters, then it is reasonable to conclude that God may indeed be giving you a specific mission that should provoke a response of faith. That response may very well include something out of your comfort zone. If we only trust God when it is easy, then do we really trust God at all? Many times, it is in the step of faith that the Lord will bless you with great graces.

A few months ago, I had the opportunity to speak to a Charismatic group near Columbus, Ohio, with Peter Herbeck. In preparation, I kept hearing the voice of the enemy say, âWho are you to speak to a group of people who have been moving in the Spirit since before you were even born? Plus, they came to hear Peter Herbeck, not you. You will make a fool of yourself.â But, instead of listening to that voice, I took to heart the words of 1 Timothy 1:18, which says, âTimothy, my son, I am giving you this command in keeping with prophecies once made about you, so that by recalling them you may fight the good fight.â I reflected on and declared all the truths I had received in personal prayer that were consistently confirmed by prophecies from brothers and sisters in Christ. I said, âIn the name of Jesus, I believe and I declare that I am a Kingdom Builder. You have given me an apostolic anointing to boldly preach your name and spread your Kingdom not by own ability but by your grace and power. When I keep my eyes fixed on you, I radiate your goodness and compassion, and your lost sons and daughters return to the Fatherâs house. On my own, I can do nothing. But with you, God, all things are possible.â When Godâs truth shattered the enemyâs lies, I had a renewed conviction that God was asking me to speak boldly in his name and leave the results to Him. What followed was one of the most powerful exhortations I have ever given. It had little to do with the content or the preparation, but through my simple words and my act of obedience, the Spirit of God convicted hearts in a way that I rarely see.

You see, the Lord only gives the grace of mission when you take a step of faith into your mission. In the words of C.S. Lewis in The Screwtape Letters, âCourage is not simply one of the virtues but the form of every virtue at the testing point, which means at the point of highest reality. A chastity or honesty or mercy which yields to danger will be chaste or honest or merciful only on conditions. Pilate was merciful till it became risky.â It is not enough to believe that we have a mission. We must have the courage to step into that mission for the glory of God and the salvation of others. This is not mere natural courage, but a supernatural gift of the Holy Spirit. Remember it was the Holy Spirit that gave the courage and conviction for the apostles to preach at Pentecost, which was the spark that spread the gospel message to the ends of the earth. We need to be fearlessly open to the Holy Spirit prompting us to actions that are out of our comfort zoneâand perhaps at times beyond what we would have concluded by human reason alone.

Let me pose a question. When St. Peter got out of the boat to walk on water toward Jesus in Matthew 14:28-32, was Peter more safe and secure when he was closer to the boat or closer to Jesus? While the boat is a mere creation of man, Jesus is the Creator who holds all of the universe in the palm of his hand. Ironically, the closer Peter gets to Jesus the more secure he actually is. It is only in taking his eyes off of Jesus that he begins to sink, prompting Jesus to say, âYou of little faith, why did you doubt?â From a human perspective, Peter had every reason to think it was unreasonable and impossible for him to walk on water. But, from heavenâs perspective, walking on the water with Jesus at his side is even more secure than sitting without Jesus on a boat or even walking on dry land for that matter. When our minds are renewed by the Holy Spirit, we can see that taking a prayerful and obedient step of faith is really only a risk in earthly terms. Yes, we may fall flat on our face and look foolish. But, as Mother Teresa said, âGod does not call us to be successful. He calls us to be faithful.â Our reward is in the obedience, and the fruit is up to God. In heavenly terms, there is no risk at all. For it is nothing more than a step deeper into Godâs hands and into greater dependence on our good Father who delights to give us the Kingdom (Lk 12:32), and who always gives the Holy Spirit to those who ask (Lk 11:13).

In that sense, the farther we âgo out on a limbâ in faith and obedience to the promptings of God, and the more we fall into the arms of our heavenly Father in total and radical dependence on Him, the more secure we will be and the more solid the ground beneath us becomes. For indeed, we are standing on the eternal Rockâon Jesus Christ, our firm foundation. Relying more fully on God will look different for each of us according to our state in life and the mission to which God has called us. But all of us must live in the constant faith-filled expectation that God will always supernaturally provide for the life and ministry He has called us to, even in situations that seem hopeless and impossible from a human perspective. Let us fix our eyes on Jesus, the author and perfecter of our faithâtrusting more in Godâs providence than on our human abilities and plans. When the Lord is our shepherd, we will lack nothing. When we seek first the Kingdom, we truly will have all we need. 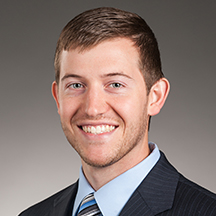 Sean is a 2009 graduate of the Franciscan University of Steubenville in Ohio. Sean resides in Saline, Michigan, with his wife Lexie and their children. His home parish is Christ the King in Ann Arbor, Michigan. Sean is currently employed as an assistant vice president mortgage loan officer at Ann Arbor State Bank. He also participates in ministry as often as he is able to. While in college, Sean led many retreats and participated in spring break missions to New York, Mexico, and France. He later studied Spanish in Mexico and Guatemala over the course of two summers, and he did a three-month mission to Honduras. He also spent two years interning for the Journey Through Scripture Program at Dr. Scott Hahn's St. Paul Center for Biblical Theology in Steubenville. In recent years, Sean has given talks and testimonies at many retreats, conferences, and parish missions; he was on the leadership team for several Lift Jesus Higher Youth Rallies in Toronto, Canada; he participated in the panel discussions for four episodes of the EWTN television program Crossing the Goal, which dealt with the "Lies of a Generation"; and has also been featured on Peter Herbeckâs radio show Fire on the Earth.