Earlier this year, I turned on our local Catholic radio station, WDEO, just in time to catch an interview between Al Kresta and Johnnette Benkovic. Johnette is the founder of Women of Grace and the Benedicta Leadership Institute for Women. They were speaking about an upcoming course sponsored by the Benedicta Leadership Institute and Ss. Cyril & Methodius Seminary in Michigan that would allow women to gain credit toward their masterâs degree in theology, with a concentration in womenâs leadership.

I sighed, and thought about how opportunities like this seem to come to women who already have been to college and have their bachelorâs degree. Having moved to a university town shortly after high school, and yet not receiving any higher education myself, I started to feel discouraged. Just then, I heard Johnnette explain that a woman without a bachelorâs degree could attend and gain credit toward a certificate in Catholic womenâs leadership. Now that was intriguing! I continued working while listening more intently. Johnnette said something along the lines of, âIf you are hesitating, donât! If you feel the Holy Spirit nudging you, I encourage you to sign up and join us!â Although she is the founder of this new institute, she was going to attend the course herself, and she was encouraging other women to also seek the Lord about attending.

I quietly said a prayer asking the Holy Spirit to direct me on the path He had for me, as I didnât want to be swayed only by personal desire, interest, or curiosity. Over the next several days, it became clear that this was something God wanted me to pursue. I sought and received letters of recommendation, was accepted into the program, and was one of the twelve women studying at the inaugural session of the newly founded Benedicta Catholic Womenâs Leadership Institute.

The week flew by, and by the end of it I had successfully earned two credits toward a certificate in Catholic womenâs leadership! More importantly, I experienced the Lordâs blessing through the other women, who also were earnestly seeking Him and surrendering their time, talent, and treasure to His will. The opportunity to share, study, and grow alongside other faith-filled women was such an encouragement to me, and I know it was for them as well. Many of us went out to dinner on the last evening together, and through the personal sharing that ensued, discovered several of us shared a common burden of grief that allowed us to minister to one another in a deeply profound way.

I believe that God called the twelve of us together for that time and in that place not only to bless the ministries in which we are each involved, but also to work among us right then. Letâs continue to listen actively for the Lordâs voice, and respond with open and generous hearts as He leads and guides us. 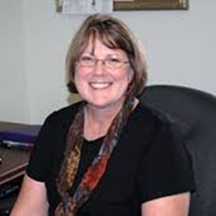 Therese Jones works for Renewal Ministries as an administrative assistant and office receptionist. From 1982-1984, she worked as Ralph Martin's secretary, and she is thrilled to be an active member of the ministry again. Therese has been involved in the Charismatic Renewal since 1977. She is very actively involved in her parish. She and her husband Dave have been married since 1984 and are blessed with six children and three grandchildren.

2 thoughts on “Saying ‘Yes’ to God’s Call for Growth”