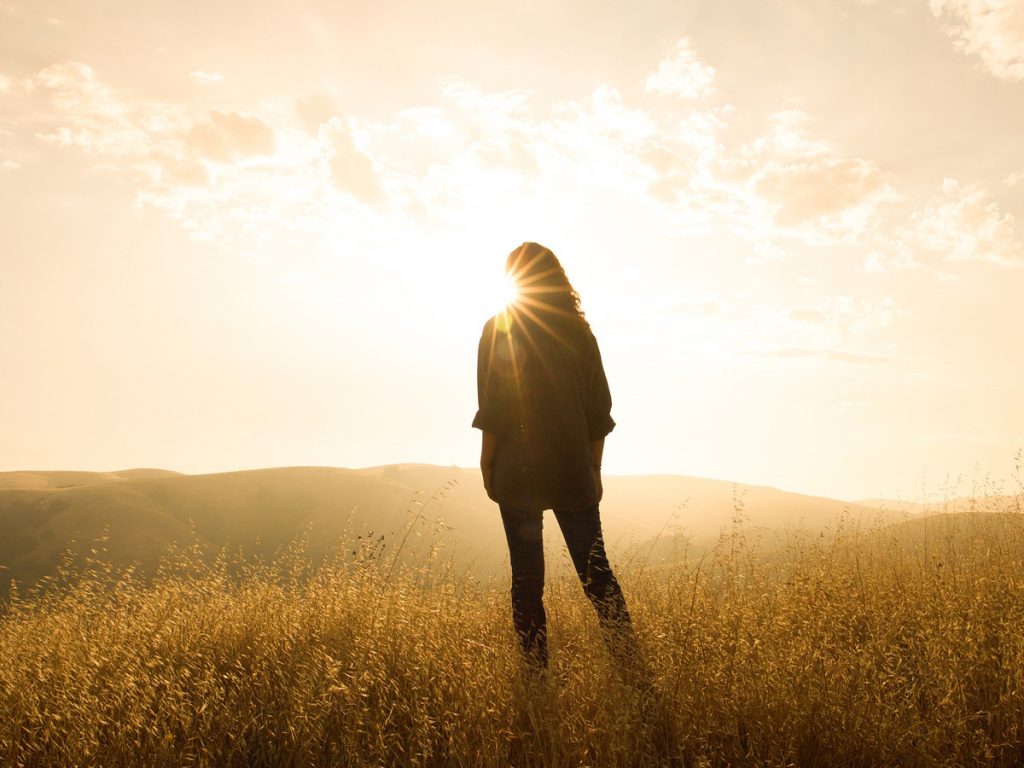 The following article originally appeared in the newsletter of Renewal Ministriesâ Country Coordinators Don and Pat Turbitt. Their daughter, Lisa Turbitt Cunha, passed away at age fifty-four on April 1, after a three-and-a-half year battle with breast cancer. She is survived by her parents, her husband, and her three children. Our prayers are with Lisa and her family.Â

“These things I have spoken to you, that in Me you may have peace.

In the world you will have tribulation; but be of good cheer,

There are few sadder sights on earth than the sight of a person who has lost all hope. But if you place your faith in God, you need never lose hope.Â God is so good and His love endures forever. He has promised us who believe in the the gift of eternal life and He always keeps His promises. This is exactly what weÂ experienced in the passing of our precious daughter, Lisa, early on Easter Sunday morning.Â We always kept the door of hope open until she breathed her last breath.

If you find yourself falling into worry and discouragement, consider the words of Jesus. He said, “I have overcome the world.”Â Our world is indeed a place of trials and tribulations, but if we put our trust in God, we can become more and more secure in Him.Â The Lord Jesus Christ brings us peace and joy.Â Let us ask for the grace to receive these gifts more abundantly.

We can receive these gifts today and never lose hope. Our God is faithful to bringÂ His word to pass.Â For those who are grieving over theÂ loss of a loved one,Â remember this, God alone controls the passageways of death!

The following meditation was found in Lisaâs journal:

When I see you, the world stops.

Love enters my world and it stops.

All that exists for me is You and my eyes staring at You.

No thoughts or worries.

The world just stops and it is a beautiful place.

And thereâs only You.

When Youâre gone, the world starts again and

I can live in it, but I donât like it.

I just walk around in it,

And wait to see You again

For it to stop again.

I love it when it stops.

Iâve ever known or ever felt,

The best thing, and that is

Why I stare at You.

This article originally appeared in Renewal Ministries’ October 2017 newsletter. You can learn about our missions outreach here.

Due to government restrictions in the past, there has been a shortage of priests in Vietnam, but they now have so many seminarians, I believe that problem will soon disappear. However, it does take thirteen years of study to become a priest in Vietnam.

Fr. Hoan, the brother of a seminarian I know from my home in Providence, Rhode Island, was very hospitable and gracious to Deacon Chau and me. We spent four days in his parish and ate wonderful meals in the homes of his parishioners and his rectory. My experience with the Vietnamese people has been one of great blessings. They are such honorable people and, like Italian Americans, you canât come into a house without them graciously offering food to you.

Deacon Chau gave the homily at Mass each day. He also gave a teaching each day to a group of singles on marriage. I gave one talk to the parish and one talk to the singles. We also prayed over the people after my talk. People lined up for healing prayer every time they saw us, both before and after Mass. At a meal after Mass, one man said his sinuses were healed when I prayed with him.

When we were eating in the Vietnamese homes, the men sat at one table, and the women and children sat at another table, separate from one another. Even at Mass, the men sit on the right, and women and children sit on the left. We Americans may not think thatâs a good idea, but the divorce rate in Vietnam is eight percent, and for Catholics itâs five percent, while in the United States, we are over fifty percent.

On Sunday, we drove to the diocese of Thanh Hoa, to meet with Archbishop Joseph Nguyen Linh. Bishop Linh recently was promoted to archbishop and now presides over two dioceses, Thanh Hoa and Hue. The government will take some time to approve a new bishop for Thanh Hoa. Along with his new responsibilities, Archbishop Linh is also the head of the Bishopsâ Committee for Vietnam.

Archbishop Joseph Linh is not a tall man, but he is a giant of a man in the Church. The people love him, and I deeply admire him. He had to wait three years after graduating from the seminary before the government would allow him to be ordained. After that, he was imprisoned four times, once for nine months, once for four months, once for three months, and once for nine days. What a privilege it was to spend time with him!

We also took time to visit my sixteen âadopted granddaughters.â Five years ago, I attended the first vows of these sixteen religious sisters, and it all happened on my birthday. I was sitting with Archbishop Linh when he announced my birthday, and he also said I should adopt these sisters as my âgranddaughters.â So, for the last five years, we have been building a very warm and happy relationship as âgrandfatherâ and âgranddaughters.â They have been praying for me and my family, as I also pray for them.

My âgranddaughtersâ are very mature, hard-working young women, but around me, they act like little girls, laughing and playing around their âgrandfather.â I have been blessed by this relationship. After they took their final vows at Mass, we all went together with their families to the convent hall for dinner. I had the opportunity to sit with Archbishop Linh and the three heads of the order for a wonderful feast. At the end of the day, I spent some private time with the sisters, prayed with each of them, and said my farewell to all of them.

The following day, I was given an opportunity to speak to 550 catechists receiving their yearly instruction in the Thanh Hoa Diocese. Eight percent of the population in Vietnam is Catholic, which equals six million people, and ninety percent of the Catholics attend Sunday Mass. I was told by one pastor that sixty percent of his parishioners attended daily Mass. The first Mass is at 4:45 a.m. Since Renewal Ministries has come to the diocese of Thanh Hoa, the number of Catholics has increased from 120,000 to 150,000. I believe Archbishop Joseph Linh is the main reason for such a dramatic increase.

The next day, we went with Archbishop Linh to visit three parishes. The first parish had hundreds of people standing on both sides of the driveway to receive the archbishop. A drum and bugle corps was part of the reception, and there was an overflow crowd in the church. The next parish had a one-hundred motorbike escort, with the archbishopâs flags on each bike, which led us from the highway to the church. There was another overflow crowd in the church and a huge meal for everyone after Mass. The third parish was way out in the bush. They had completed a summer camp to learn English and were happily celebrating the end of camp.

The next day, we flew to Hue (pronounced âWayâ), which is the new diocese under Archbishop Joseph Linh. We spent our time in Hue meeting the leading priests of the diocese and planning next yearâs mission. One priest we met was Fr. Anthony Ha, who told us he spent twenty-one years in the seminary, because there was a twenty-year period in which the government would not allow any priests to be ordained.

We returned to the Phat Diem diocese by overnight train, a twelve-hour ride. The following day, we spent time with Bishop Joseph Nguyen Nang, who celebrated Mass for youth.

We continued to pray for the sick each day, before and after Mass. The people have great faith and are a blessing to be with. The temperatures were always in the high nineties and slightly over one-hundred degrees each day, but the joy of the work made all things pleasurable. The people in Vietnam are a delight to be with, and my heart swells with joy when I am in Vietnam.

The following brief reflection originally appeared in the June 2016 newsletter of Renewal Ministries’ Country Coordinators Don and Pat Turbitt. You can subscribe to their newsletter by emailing them atÂ [email protected]

There is no heritage like the knowledge of God’s love. There is no inheritanceÂ as empowering. As you live your life of faith before your family, it’s like stocking a vault that will bless everyone. And it’s never too late to begin. As you live authentically before God, you leave a blueprint for those who are watching.Â That example can last for generations, beyond your view, and mayÂ be more influentialÂ than you can imagine.

You can be that kind of personâthe kind that builds up and strengthens. AskÂ the Lord GodÂ to help you. He will show you how.