Our Response: A Command and A Promise 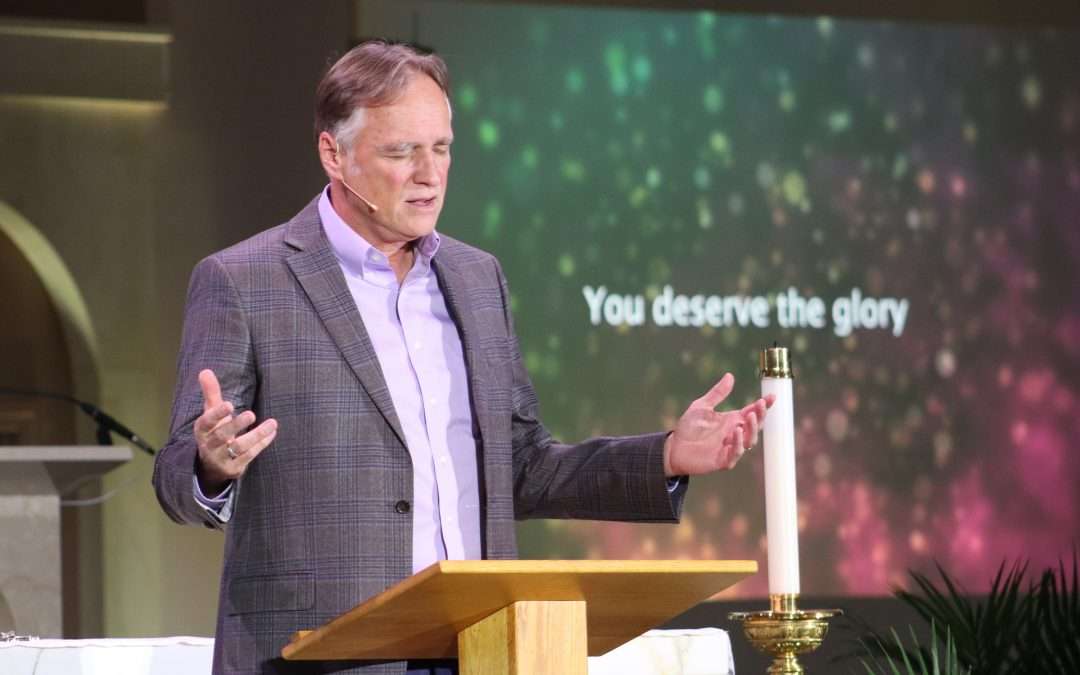 This article is taken from Peter Herbeck’s talk at the Renewal Ministries’ 2021 Gathering. You can view the event on our YouTube channel.

I think the Lord wants me to communicate this message: “Don’t waste a moment. Don’t miss the opportunity of what I want to do in you right now.” The Lord permitted this shut down of the world. The Lord opened up doors for people to have more time with Him, because He wants us to understand He’s pruning and purifying us. He wants us to be still and know that He is God. He wants us to draw near. He wants to help us see that the way forward is actually simple, but it’s hard at the same time. What do I mean?

Matthew 6:33 says, “Seek first the kingdom of God and his way of holiness and everything will be added unto you.” We look at everything going on around us and ask, “What should I do, where should I go?” Then we feel powerless and get discouraged.

Jesus is saying, “It’s all in my hands. Things will unfold on my timetable. I want the attention of my people—a gaze of faith that welcomes this purification.” He is leading us to seek first—to yearn, search, crave, and go after. Don’t let the anxieties of the world, the noise of every day, or unnecessary conversation take your focus from Him. Let these words be on your hearts:

Have quiet prayer time before the Lord. Let Him talk to you through God’s Word. Frequent the sacraments. Frequent Confession and Adoration. He has unfolded all the answers, and He’s mobilizing us to listen to Him. He wants to take some stuff out of us and put some stuff into us. We need to go to Him with great trust that He’s in charge and He doesn’t want us to be afraid; otherwise, we won’t get what He wants to give us, and we’re going to miss the opportunity He’s putting before us.

Jesus is putting first things in first place. He’s putting the First Commandment in the first place in our hearts. The world is ignoring God, which is deeply offensive, and Jesus is saying, “I’m going to purify my Church. My grace and glory will come through her, but only if her loves are rightly ordered—only if she’s loving Me first, loving my Father, and having the First Commandment in the first place.”

The Vine and the Branches

In John 15:5, Jesus says, “I’m the vine, you’re the branches.” People often forget this part: “My Father’s the vinedresser” (Jn 15:1). The Father cuts off dead branches, and He throws them in the fire.

We’re going through a time of pruning of people of faith to deeper maturity so we can be what God wants us to be. He’s cutting off dead branches in the Church, for their sake and the Church’s sake. Lots of people are leaving the Church and going with the tide, because they’re not living for the Lord. They’re baptized, but they’re not yet given over to the Lord. They’re not living as disciples, and they’re not listening to the Lord, so the Father has to cut them off so they can experience their condition. The Church is being pruned so that it can be alive and radiant, rather than a lukewarm and compromised. We must become a Church radically centered on Jesus and living with Him, listening to Him, following Scripture, following the Catechism, feeding on the Sacraments, and following the saints.

The devil wants to distract us and fill us with meaningless and anxiety-producing conversations, so we don’t get solitude and the time to feed from Him. We need a faith that knows, “The Master’s calling me now. My Lord is the captain of the armies of heaven, and He’s gathering his army. He’s preparing us, training us, and feeding us.” Living with Him in that way should be central for us every day.

Jesus wants to produce in us fruit that will last—fruit that the Father will reward and honor. It’s impossible for us to achieve this on our own energy and strength. It’s a gift that’s going to come from Him as we abide in Him. Make sure that’s happening in your life.

What does “abiding” look like on a daily basis? Talk to Him from your heart in simple words and phrases. Be attentive to Him. Live like He’s actually in you. He wants to have a conversation with you. He wants to help you, but if we can’t hear Him, if we’re not living with Him in the quiet of our hearts in simplicity, we’re not being fed by Him.

We must believe his promises. They have power! I grew up in an alcoholic home. My family went to church, and every day, my mom prayed the rosary and read the Bible. But when a family member got baptized in the Spirit and the word started coming through the family, we began coming alive in a new way, and something happened to my mom. She said, “I’ve had enough! The Lord is with us—and we’re going to talk and act like it!”

Suddenly, little yellow post-it notes started appearing places, like on bathroom mirrors. My mom posted all the promises of God around the house. She also started talking that way. She said, “Enough of the negative talk! Our family has generations of alcoholism and discouragement—enough is enough! Help change the climate in our house.”

She believed the promises. Like her, we have a conversation to be had and promises to believe and share with others. Talk about the promises of God. List them out. Let them come out of your mouth instead of saying, “We can’t stand this guy or that guy.” Jesus says, “If you abide in me, you will bear much fruit” (Jn 15:5). In a time like this, when the flesh is of no avail, the only way to conquer the powers of the world is through our confidence in God’s Word.

The Lord continues, “These things I have spoken to you, that my joy may be in you, and that your joy may be full” (Jn 15:11). Another way to understand full joy is “calm delight.” The Lord who never lies says, “If you abide in me—because I love you so much and I want you to be fruitful, because it’s going to glorify my Father—I’m going to bear fruit for you that will last through all eternity, and I’m going to give you calm delight in your soul.” We have got to go to the Lord to get it—but it’s a promise.

In the book of First Peter, Peter speaks to small communities in the gigantic pagan Roman empire. These communities have no power, no influence, and probably little money. They are being persecuted and are regularly facing all kinds of trials and difficulties. Nevertheless, Peter rejoices, because he’s amazed at what he’s seeing God do in his people:

Blessed be the God and Father of our Lord Jesus Christ! By his great mercy we have been born anew to a living hope through the resurrection of Jesus Christ from the dead, and to an inheritance which is imperishable, undefiled, and unfading, kept in heaven for you, who by God’s power are guarded through faith for a salvation ready to be revealed in the last time. (1 Pt 1:3-5)

We are sustained by faith that gives birth to hope and an abiding surrender to the truth. Hope is confidence from God, that the fullness of faith awaits me—and so I want to live to please Him at every minute.

Peter then says, “For a little while you may have to suffer various trials, so that the genuineness of your faith, more precious than gold which though perishable is tested by fire, may redound to praise and glory and honor at the revelation of Jesus Christ” (1 Pt 1:6-7). Are you going through trials? Are we all going through trials? We’re going to go through even harder trials in the days ahead. But what’s it all about? Our faith is being tested right now. Can we really confess his promises? Do we really trust his commands? Are we really surrendered to Him? This is tough for us! He wants to purify us to glorify Him.

Peter marvels and says, “Without even having seen Him, you love Him” (1 Pt 1:8). I can imagine Peter saying, “I saw Him in the flesh. I saw Him after He rose from the dead. You have never even seen Him, but you love Him, and you are filled with unutterable and exalted joy—even though you’re in a trial, even though you’re being persecuted.” Do you see what the Lord can produce in people no matter what the circumstances are? Right now, so many baptized people are either worldly and looking like the world, or scared and living as if God is far away. People are leaving the Church because they don’t know what they don’t know.

The answer is found in renewal. We have seen thousands of brothers and sisters baptized in the Holy Spirit all over the world, often where people are living in poverty. They’re imperfect like you and me, but there’s something different about what’s going on inside Catholics who have been baptized in the Holy Spirit. They have come alive and are sharing and moving more deeply in the Spirit. As Fr. Francis Martin said, “This is the grace of this generation. This is what renewal is.”

Renewal is coming alive in the spirit of Pentecost, having that stirred in us, and the fire of God coming alive. As Cardinal Raniero Cantalamessa said, “We all need to be baptized in the Holy Spirit so we can have a personal, living, vital relationship with the One who is the Lord of all.”