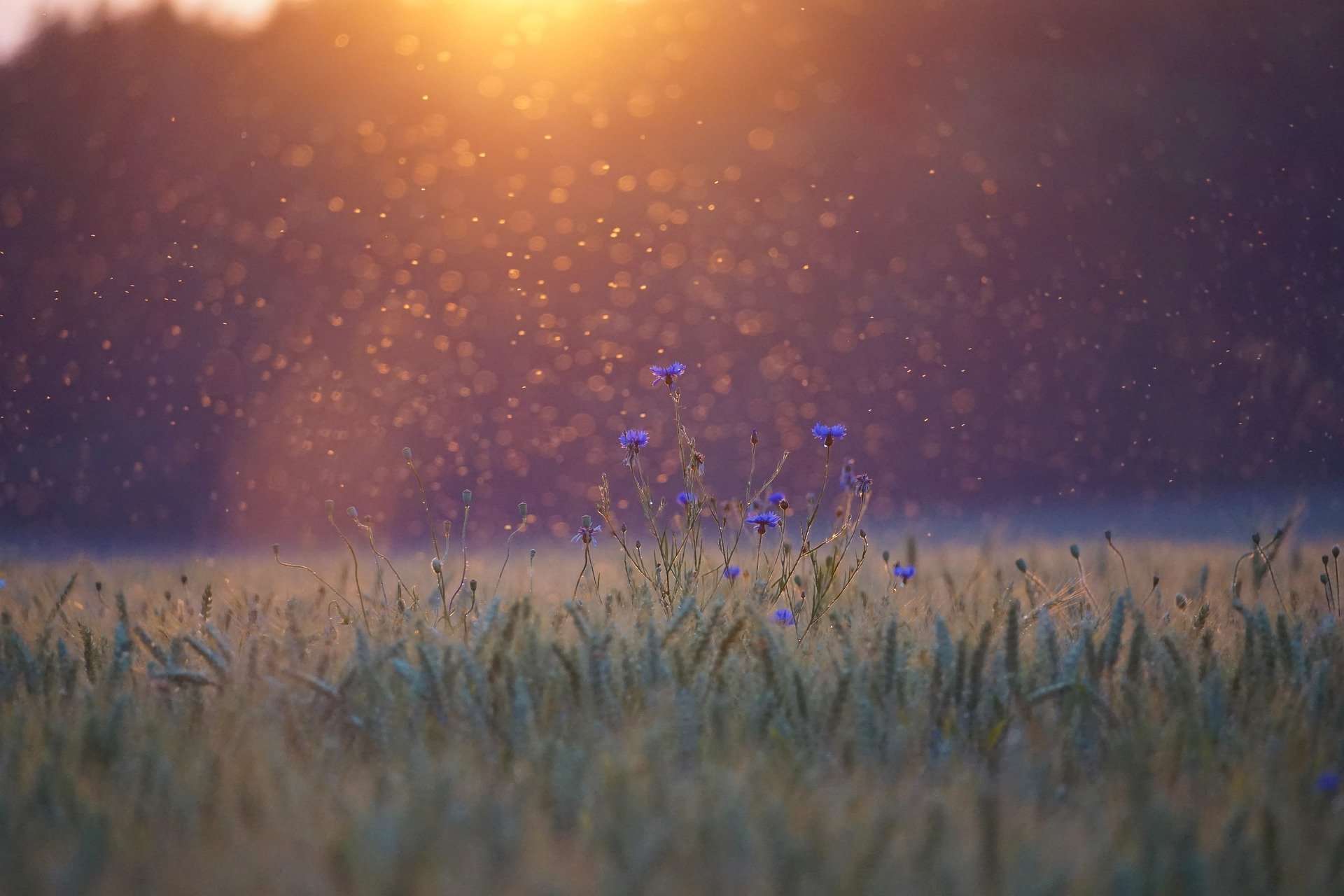 A friend recently sent me a lengthy essay that Dr. Larry Chapp, a retired professor of theology, posted on his blog, which was later shared on various Facebook accounts. As I read it, I must admit that it came across as a rather emotional and hostile reaction to a short section of my new book in which I raise some serious and indeed shocking questions about the spiritual influences on Hans Urs von Balthasar by the alleged mystic Adrienne von Speyr.

Dr. Chapp acknowledges that the book A Church in Crisis: Pathways Forward, “is an otherwise decent book with which I am in deep agreement on many points,” but then goes on to say, “which only underscores the oddity of his sudden flight into hysteria and calumny when it comes to the question of Balthasar and Hell.”

Unfortunately, such emotive and inflammatory language is rather characteristic of his response to my reflections. I have run into this before, and other Balthasarians also seem to react very emotionally when any questions are raised, however well-reasoned and calmly presented, about their theological hero. I did over fifty-five interviews on my new book, and several of my interviewers said they received calls from Balthasarians urging them not to interview me! In any case, Dr. Chapp claims I am among “a pack of barking traditionalists,” “hyperventilating overreaction,” “a shocking and truly despicable discussion,” and “a carnival of carnage.” He said, “a better example of hyperbolic and uncharitable traditionalist overreaction to Balthasar’s stance on Hell cannot be found,” and “shame on Ralph Martin for being so driven by his vision of the massa damnata that he would stoop to such calumnies.”

While Dr. Chapp is mainly reacting to my discussion of von Speyr’s spiritual influence on von Balthasar’s theories, he at different points makes references to other writings of mine, which he claims to be familiar with, but unfortunately grossly misrepresents.

There are too many wild charges in Dr. Chapp’s post to respond to them all, and Dr. Chapp has published additional blogs on this issue with lengthy interactions with those who comment, but I don’t have time to get into an interminable defense of my views. I hope what I say below will suffice as a general response to some of his main points.

I am not a traditionalist as that term is commonly used today. I fully accept Vatican II as a legitimate and important Council of the Church, I attend a Novus Ordo liturgy, and I am involved in renewal movements such as the Cursillo, the Catholic Charismatic Renewal, and Alpha, which are usually excoriated by the traditionalists that Dr. Chapp categorizes me with. I teach at Sacred Heart Major Seminary, a main-stream Catholic seminary in the Archdiocese of Detroit, and I serve there as director of Graduate Theology Programs in the New Evangelization. At the same time, I am sympathetic to the concerns that many traditionalists have about doctrinal confusion in the Church, lack of clear and courageous leadership, lack of reverence in liturgical celebrations, and vague appeals to the spirit of Vatican II rather than to its actual texts.

I am not invested in hell being greatly populated. I don’t need to believe that the mass of human beings will be damned (the massa damnata that Dr. Chapp regularly refers to), in order to be motivated to evangelize. In fact, because I take the words of Jesus and the apostles seriously, as the Tradition of the Church does, and as Vatican II clearly does, my whole “career” has been spent doing everything I can to help those on the “broad way” leave the broad way and be delivered, on this earth, from the oppression of sin and the devil, so that at the end of this journey, they may end up in heaven rather than in hell.

I’ve approached the question of Balthasar’s “hopeful universalism” in the most responsible way I know how. I devoted the longest chapter of my doctoral dissertation, which was later published by Eerdmans under the title Will Many Be Saved? What Vatican II Actually Teaches and Its Implications for the New Evangelization, to a careful theological evaluation of Balthasar’s theory. I don’t claim to make judgments about his massive theological work. I also don’t deny that he is a highly acclaimed theologian. My only claim is that his speculative theology on this particular issue is problematic in its foundations and has a negative pastoral effect concerning the most important of all issues, eternal salvation. My dissertation was approved with the highest grade at the Pontifical University of St. Thomas in Rome (the Angelicum) and was given amazing endorsements by a wide range of theologically astute Church leaders and theologians that can be found at the beginning of the book. Because of its reception in Rome and on the advice of respected theologians, it was immediately published.

In Will Many Be Saved?, I provide a carefully reasoned interpretation of what the Church actually teaches about the salvation of those who haven’t heard the Gospel. I have yet to have critics address my interpretation as contained in this book (and in the chapters I’ve written on this issue that were included in major books on Vatican II, edited by Matthew Lamb, Matthew Levering, Gavin D’Costa, etc.).  I attempted to spell this out in a very precise, and I hope, respectful and charitable way, in my YouTube response to Bishop Robert Barron’s sermon on the subject.

Incidentally, I don’t give an answer to the question I raise in the title of my book. Will many be saved? My best guess: many will be saved and many will be lost, in proportions and numbers known only to God.

After providing a theological critique in the above book, I came across two books that Balthasar himself wrote about his relationship with von Speyer and her influence on his theology. I was quite surprised—in all honesty, I was shocked—about what was revealed in these books. I shared a detailed analysis of what Balthasar testified to about their relationship that I believe raises troubling questions in a long article on my research and discernment that was published in the theological journal of the Angelicum.

I summarized my findings in a short, six-page section of A Church in Crisis: Pathways Forward, a book that is 513 pages long. I noted in the book that the summary was based on a much longer article published in the theological journal published by the Angelicum and referred people to it for a much fuller account of my argument. From what I can tell from his remarks, Dr. Chapp has not read the longer article that details my position but is making his comments on the short summary.

I readily acknowledge that I am raising a disturbing and shocking hypothesis that some of the spiritual influence coming from Speyer, which time and again Balthasar insists he completely trusts, is not from the Holy Spirit. I do provide evidence—based on Balthasar’s own testimony—and evaluate it by applying principles of discernment found in classical texts of mystical and ascetical theology, but then invite readers to make up their own minds.

All I ask of anyone reading Dr. Chapp’s blog, which grossly misrepresents what I believe and actually have written, is to look at what I truly am arguing for by reading the chapter on Balthasar in Will Many Be Saved? and the article that the Angelicum published regarding my analysis of the spiritual influence of Speyr on Balthasar, and decide for yourself what you think.

Ralph Martin is president of Renewal Ministries. He also hosts The Choices We Face, a widely viewed weekly Catholic television and radio program distributed throughout the world. Ralph holds a doctorate in theology from the Pontifical University of St. Thomas (Angelicum) in Rome and is a professor and the director of Graduate Theology Programs in the New Evangelization at Sacred Heart Major Seminary in the Archdiocese of Detroit. He was named by Pope Benedict XVI as a Consultor to the Pontifical Council for the New Evangelization and was also appointed as a “peritus” to the Synod on the New Evangelization. Ralph is the author of a number of books, the most recent of which are A Church in Crisis: Pathways Forward, The Fulfillment of All Desire, The Urgency of the New Evangelization, and Will Many Be Saved? He and his wife Anne have six children and sixteen grandchildren and reside in Ann Arbor, Michigan.