Rooting Our Identities in Christ 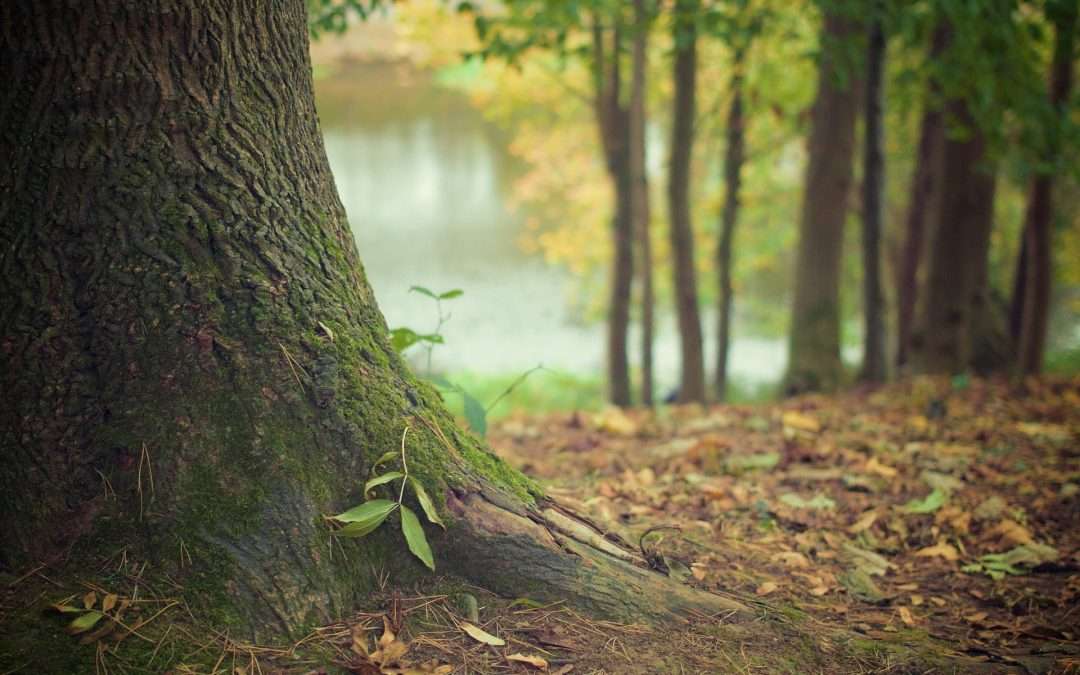 Ralph asked if I would share some insights the Lord is giving us that are profoundly influencing the young people we work with. I think some lessons from the annual summer camp we run for middle school boys could prove valuable for us all.

I love Pine Hills Boys’ Camp. Since 1980, for one week at the beginning of each summer, roughly 175 guys come together to seek the Lord, challenge themselves, learn Christian leadership, and have an absolute blast! Since 2000, the camp has been a staple of my year. I had the joy of first attending as a camper, then serving as a counselor, and now leading as a co-director. Pine Hills is typically the most tangibly fruitful thing I do each year. Where else can you engage with eager and energetic young men, help them receive Jesus’ love and mercy, and end the week with over three-thousand water balloons? This year was no exception. As always, God showed up, the Spirit moved in power, and dozens of boys surrendered their lives to Jesus. During one prayer meeting, Fr. Jim Rolph and Fr. Ed Fride estimated they heard over one-hundred confessions. God’s mercy flowed and the boys responded.

As leaders of the camp, we take great delight in receiving the boys as they are at the beginning of the week, getting to know their hopes, desires, wounds, and insecurities, and then challenging and inviting them into greater freedom, peace, and confidence. Every year, this process of establishing trust, initiating encounter opportunities, and encouraging deeper conversion takes time and patience. This year, however, I noticed a troubling trend—an increase in the number of boys who had a particular lie from the culture deeply embedded into their minds and hearts. Perhaps you have heard it: “You are what you feel. Your feelings define you.”

Although most of these boys had received a new identity through baptism that was supported and built upon by their families, a false understanding had taken root through the culture’s persistent and effective emphasis on self-concern. Instead of society teaching young men how to give of themselves, serve others, and choose the good regardless of their feelings, it encourages them to boldly express their desires, demand whatever they want, and act according to their feelings at the moment. Additionally, society now values individual expression over humble obedience.

Today, we are told to define truth by looking inward and searching our own hearts for what feels right. The world has taught these boys that they must always be happy, that happiness comes from freedom, and that freedom comes from doing whatever they want, with whomever they want, whenever they want—as long as those actions don’t encroach on someone else’s pursuit of happiness. In Planned Parenthood v Casey, US Supreme Court Justice Anthony Kennedy even stated, “At the heart of liberty is the right to define one’s own concept of existence, of meaning, of the universe, and of the mystery of human life.” This absurd and irrational assertion represents a growing and popular worldview. At camp, we have the opportunity and responsibility to engage this mindset, present the truth of our identities in Christ, and provide an environment where a biblical worldview reigns supreme. I’ve heard it said that feelings are valuable companions in life but horrible leaders, so during their week at camp, the boys are given the chance to detox from the world and put on Christ.

Everything we’re seeing in the campers also is present with the young adults we serve through id. This individualistic, relativistic, non-conforming, emotionally driven, feelings-pursuing, and noncommittal mindset plays out differently with young adults but is equally damaging. In id, we seek to form young adults into intentional disciples of Jesus Christ, which requires a mindset completely antithetical to the one I just described. Jesus values and lives from a communion of love with the Father through the Spirit. Jesus is not merely a truth; He is the truth. Jesus conforms Himself perfectly to the Father’s will through radical and joyful obedience. Jesus acknowledges emotions but is not governed by them. Jesus commits completely to his disciples and expects the same in response. Quite simply, the only antidote to an identity corrupted by prideful self-determination is emulation, conversion, and surrender to Jesus.

Throughout the New Testament, we encounter a Lord who radiates humility and obedience. Jesus receives the confirmation of his identity from the Father, “This is my beloved Son, with whom I am well pleased” (Mt 3:17). The incarnation uniquely reveals the posture we should take before the Father. “Christ Jesus, though in the form of God, did not count equality with God a thing to be grasped, but emptied himself, taking the form of a servant, being born in the likeness of men” (Phil 2:6-8).

St. Paul exhorts his followers to imitate him as he imitates Christ. What does that look like? “I have been crucified with Christ, it is no longer I who live, but Christ who lives in me” (Gal 2:20). The crucifixion is the greatest act of obedience in the history of the world: God the Father sends the Son to redeem humanity, and the Son agrees and perseveres to the end. Jesus’ willingness to follow the Father’s will emerges not out of servile fear or even a strong emotional response but out of unfathomable love. He says, “But I do what the Father has commanded me, so that the world may know that I love the Father” (Jn 14:31). Jesus perfectly demonstrates how to receive, walk in, and persevere in one’s true identity, bestowed by the Father and confirmed by the Spirit. He is not subject to emotions or feelings but is grounded in truth.

You might be wondering: How do we help people see the reality of false identities rooted in feelings and help them instead lay hold of God’s vision for them? At Pine Hills, it’s a combination of proclamation, apprenticeship, and immersion. Every day, the truth is preached from the stage during our prayer times and confirmed through the leadership of the staff in all the small interactions and conversations at meals, activities, and squad times. The counselors journey through each moment of camp with the boys, participating with them and modeling what it looks like to persevere, challenge themselves, and remain joyful.

While there are many immersive experiences, one that stands out is the ninth graders’ daily workout. We call it Milk and Cookies to disguise from the seventh and eighth graders what’s really going on. Every day, the ninth graders participate in a more intense workout that challenges their bodies and minds to push through and learn how to overcome their feelings in order to do the right thing. They are taught how to lead in these types of environments, and they are free to rise to a new level or succumb to their feelings. I love seeing the ninth graders stagger back from their first Milk and Cookies, but by the end of the week, run back into camp with their heads up and smiles on, filled with the confidence of having done well a very hard thing.

Jesus shows up to camp and He will show up for us, just as He promised He would, ready to reveal to us who we are, what we’re made for, and where we’re going. Like the ninth graders, let’s embrace our Milk and Cookies, submit our will and emotions to the Father, and learn what it means to become like Jesus.