Understanding the Role of Deliverance Ministry 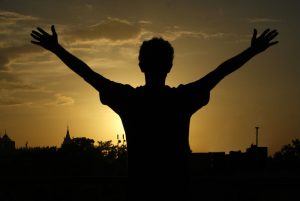 This article originally appeared on the blog Community in Mission, which you can view here.

There is wide interest today in the topic of exorcism. The publication in 2010 of Matt Baglio’s The Rite: The Making of a Modern Exorcist and the subsequent movie and interviews with Fr. Gary Thomas have sparked some of this interest. Prior to this, books such as An Exorcist Tells His Story, by Fr. Gabriele Amorth, had paved the way.

Frankly, another reason for the interest is that as our world becomes more secular, families disintegrate; the outright celebration of sinful practices spreads and there is an increase in bondage to sinful drives, psychological trauma, and openness to demonic influence.

A whole generation of priests were often taught to distrust the traditional understandings of trauma and dysfunction, which gave significant weight to spiritual causes. These priests were often trained to view most such things as merely psychological in nature. Thus, parishioners were often sent off on a recommended course of psychotherapy without so much as a prayer being said.

The tide is turning back to a more balanced approach. Catholics are rightly asking for spiritual help along with other approaches such as psychotherapy and psychotropic medicines.

With the renewed emphasis on exorcism in both the news and other sources, it must be said that some of the increasing number requesting the formal Rite of Exorcism manifest a misunderstanding of that rite as well as a lack of knowledge about other avenues of healing.

Demonic possession is rare and that is what the formal Rite of Exorcism is meant to address. Most people who present themselves (or someone they love) to the Church are not in fact possessed by the devil or demons. There may be obsession, oppression, or torment at work, along with psychological trauma, and other more natural sources of struggle.

For people who are not possessed, what is needed is deliverance, not exorcism.