Kathleen Kittle, Renewal Ministriesâ missions and conference administrator, authors todayâs post about a recent experience that she considers âan overflow of graceâ from the Renewal Ministries’ Gathering in April.

Shortly before the Gathering, I attended a talk by Teresa Tomeo and her husband, Deacon Dominick Pastore, on the topic of Mercy in Marriage. The coupleâs talk was based on their book Intimate Graces: How Practicing the Works of Mercy Brings Out the Best in Marriages. The next day, while meeting with two women in preparation for the Gathering, I spoke with them about the things Teresa and Dominic shared in their talk.

I shared how impactful it was for me and how it made me really think of my own marriage and the need for and importance of mercy in marriage. Although I had just met one of the ladies, she asked me to share more about what the speakers were talking about and some of the examples the speakers had given. I could tell she was interested, but I didnât think much of itâexcept for the fact that I remembered so many of the examples with an unusual clarity. After I told her about how Dominic and Teresa apply the spiritual and corporal works of mercy in their marriage and relationship, she thoughtfully nodded, and we went on with the meeting.

I didnât think about the encounter again, until a month later, when I ran into the woman while doing some follow-up work after the Gathering. The woman invited me into her office, closed the door, and proceeded to tell me that what I shared that day had had a tremendous effect on her.

After speaking with me, the woman had called her husbandâwith whom she had been separated for three yearsâand told him about what she had heard about mercy.Â As a result of that conversation, they reconciled. She has forgiven him, and they are trying to make a go again of their twenty-year marriage.Â Her two young-adult children are overjoyed.

The woman said that after she heard the words about mercy in marriage, she experienced a great sense of peace and finally slept through the night. She shared that nothing her family had said to her over the years had penetrated her like our chance conversation; she finally realized that her pride was the thing keeping her from extending mercy and forgiveness to her husband. My words were just what she needed to hear at that moment. She also said the fact that Teresa and Dominic had considered divorce, but had nevertheless stayed together, made a huge impression on her.Â We both had tears in our eyes. All I could say was, âPRAISE BE TO GOD!â and give her a big hug!

What struck me was that this was evangelization without knowing it. You donât know when something youâre going to say is going to be used by Godâbut I definitely followed a prompt. I have been trying to follow the promptings of the Holy Spirit more closely, and now all I can say is, âDonât be scared of it!â God is going to use you! He used me, and I didnât have to be a great evangelist! I was just sharing something that touched my heart, and He used that.

You donât usually know how your words will touch someone, but you have to trust. For me, it served to affirm a message to follow the promptings of the Holy Spirit. I think He shared that with me because He wanted me to be more convicted about that.

As St. Francis de Sales said:Â  âDo what you can, and God will do the rest!â 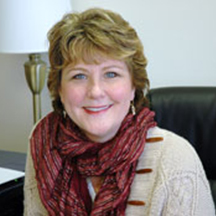 Kathleen Kittle is the missions and conference administrator for Renewal Ministries. Kathleen lives in Ann Arbor, Michigan, with her husband Vic and their two children. She graduated with a business degree from Michigan State University and has an MBA from Boston University. She brings many years of experience in health care and human services to her work at Renewal Ministries.