A Severe Mercy: Our Time of Visitation 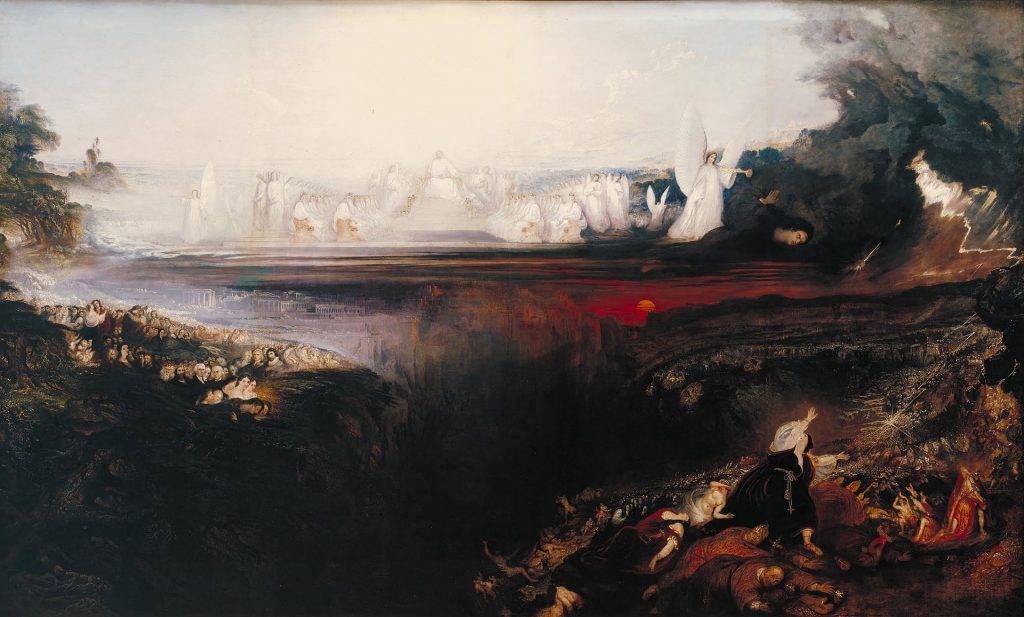 I’m writing to share with you a few thoughts as a follow up to Ralph Martin’s excellent and courageous letter Dear Troubled Catholics, regarding the current crisis in the Church.

Ralph wrote that this current crisis, precipitated by the revelation of Cardinal McCarrick’s moral failures and the failure of leadership in the Church to prevent his rise to prominence, could be a “tipping point” for the Church. He sees in it a possibility for genuine repentance and change for the Church.

I perceive in this crisis—both here in the United States and around the world—an opportunity, given us by our Lord. I believe we are experiencing the discipline of the Lord; it is a severe mercy, a judgment upon the Church that is meant to lead to deep, thorough repentance, healing, and reformation. It’s an opportunity that demands a response from all of us, beginning with the leadership of the Church. If we cooperate with Jesus, with obedient and repentant hearts and total honesty and transparency in the fear of the Lord, Jesus will lead us out of this terrible crisis. If we fail to respond to this time of purification, I believe the Church in America will be severely weakened, the decline we’re witnessing in the Church will escalate, and the flock will scatter.

While on mission in Uganda in 2016, the Lord spoke to me about what we are now living through. Our team from Renewal Ministries was leading a week-long retreat for about 350 priests and bishops from five east-African countries. One morning during daily Mass, right after Communion, I sensed the Lord telling me to get out my journal and to write down the following: “The days ahead will be marked by growing chaos and confusion. I am coming to purify my Church. I am about to bring down the idols that hold my people in bondage; I will expose the hypocrisy of the mighty and the strong, both in the Church and in the world.”

Watching the mighty fall in the past few years—Harvey Weinstein, Bill Cosby, Bill O’Reilly, Matt Lauer, Al Franken, and now former Cardinal McCarrick (now Archbishop McCarrick) and other cardinals and bishops—has been sobering. These revelations are meant to lead all of us to repentance and to instill in us a healthy fear of the Lord. The Captain of the Armies of Heaven, Jesus, the Lord, is purifying His Church and exposing the emptiness and hypocrisy of the world. Scripture tells us that the Lord disciplines those whom He loves.

It’s important for us to understand Jesus’ intent. He doesn’t come to humiliate or destroy; He comes to save. St. Peter tells us that judgment begins with the house of God. Jesus is purifying His Church for the sake of the salvation of the world. The Church is the hope of the world, the sacrament of salvation, the light of the world. When the Church is trapped in sin, her light goes dim and her salt goes flat.

Today, the Church is infected with deep strongholds of sin that are crippling her life and witness. In the period leading up to the Dallas Charter in 2002, Jesus began to expose the horrific corruption of homosexual sins of pedophilia and ephebophilia (sexual attraction to pubescent boys) among the clergy, and the cover up by some of the hierarchy of these crimes. Eighty-one percent of the victims were adolescent males.

Steps were taken at the time to respond to the crisis with the Dallas Charter and the “zero tolerance” policy instituted throughout the Church in the United States. The Charter was a start, but lacked complete honesty and transparency. The efforts by the bishops left the dishonest impression that the primary problem the Church was facing in this crisis was pedophilia and not ephebophilia. This allowed them to deflect attention from the fact that active homosexuality among the clergy was the primary source of the problem.

What’s clear from the revelations about Archbishop McCarrick is that the repentance in 2002 did not go deep enough. There was a cover up, a strategic decision to hide the bigger problem of active homosexuality among the clergy, including some of the hierarchy.

What we are seeing is the means to which Jesus will go to purify His Church. The wound of sin in this area is deeper than most of our brothers in the hierarchy are willing to acknowledge or to confront. But the Lord will not relent.

In the letter to the Church in Ephesus in the Book of Revelation, Jesus tells the leaders of the Church the following:

“I have this against you, that you abandoned the love you had at first. Remember then from what you have fallen, repent and do the works you did at first. If not, I will come to you and remove your lampstand from its place, unless you repent” (Rv 2:4-5).

Jesus warned the leaders of the Church that even though they had done many things right, they had lost their first love. He then gave them a three-step process to make things right: remember, repent, and act. They were to remember the place from which they had fallen, to repent, and then do the works they had done at first. In this crisis, this is a good guide for all of us, especially our leaders.

Jesus is calling our leaders to remember the purity and holiness to which they have been called, and to make a thorough examination of their lives before Him. They must then act decisively, with zeal and determination, to bring to light all that is hidden in darkness. They must remember that this severe mercy is an act of love that calls for total obedience to the Lord, knowing, “those whom I love I reprove and chasten; so be zealous and repent” (Rv 3:19).

Just as in Ephesus, so it will be with the Church in America, if we don’t respond wholeheartedly, with complete honesty. If the Church refuses to expose the truth, and in the fear of the Lord to cooperate with Him in this hour of purification, He will “come to you and remove your lampstand from its place.”

That is what I believe is at stake at this time for the Church in America. To “remove your lampstand” means, in the words of Victorinus of Petovium, to “disperse the congregation.”[i] The Church in many parts of the United States is already in decline. If we as a Church do not cooperate fully with the Lord at this time of visitation, the decline will escalate dramatically.

Cooperation means that policies, good public relations, the advice of lawyers, and the like are not enough. Just looking to the future is not enough. Positive platitudes are not enough. What is needed is action to root out systemic habit patterns of sin, to expose strongholds of sin to the full light of day.

This kind of stronghold of sin will not go away. It will keep producing like a deadly virus in the body or like a festering wound that has only been tended to on the surface. The infection will keep spreading. To date, the words of Jeremiah are a fitting description of the response of the bishops to this serious problem: “They have treated the wound of my people carelessly” (Jer 6:14).

The bishops can no longer continue to treat this wound carelessly; it has to be cut out, to the root. That means having to confront the fear that holds them back. To address this problem head on and to take appropriate action will likely cause serious disruption in the Church for a time, and serious pushback from forces in and outside the Church. There is no easy way forward; it will require great courage.

There is a way out of this: follow Jesus, obey Him. He will give all of us what we need. It’s time to awaken the graces of our confirmation, fortitude that is “prepared to suffer injury and, if need be, death for the truth and for the realization of justice.”[ii] And a healthy fear of the Lord to overcome the fear of men that so often leads to inaction and weak, foolish responses in the face of serious sin. “The man who fears the Lord will not be fainthearted” (Sir 34:14).

We have nothing to fear if we put all our hope in Him. It’s not our job to secure all the potential consequences that may transpire from a radical response to Jesus at this time. Our job is to obey and to entrust everything to His mercy and love, and to the protection and intercession of Our Lady.

Jesus said, “I am the light of the world, he who follows me will not walk in darkness but will have the light of life” (Jn 8:12). Even in the greatest darkness, we can walk in the Light.