A Time of Decision: Ireland’s Vote and the Prophecies of Pope John Paul II 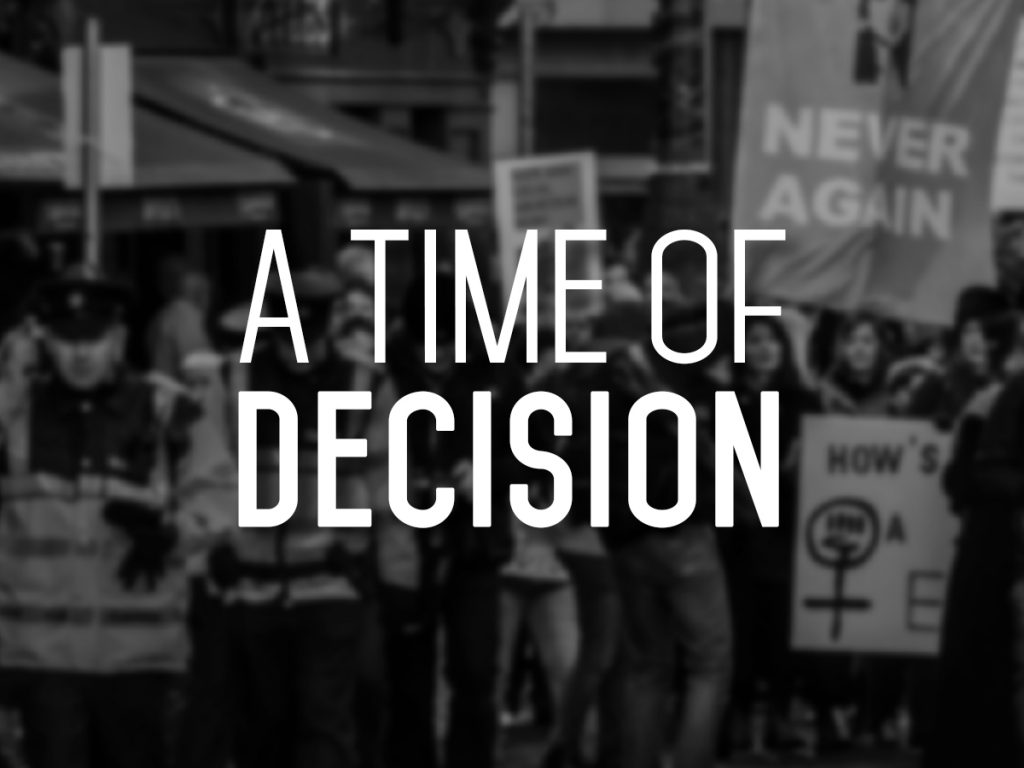 “If you would like to visit a place where the symptoms of the sickness of our time are found near their furthest limits, come to Ireland. Here you will see a civilization in freefall, seeking with every breath to deny the existence of a higher authority, a people that has now sentenced itself not to look upon the cross of Christ, lest it be haunted by his rage and sorrow.” 1

These words, from Irish commentator John Waters, are in response to the people of Ireland’s choice to deny the unborn the right to life. Ireland is the first nation in history to enshrine the law through a majority vote of its people; it wasn’t imposed upon them by cultural elites or the courts.

The vote, as Waters indicates, is a manifestation of a deeper reality. This is Ireland’s desire “to deny the existence of a higher authority.” It is the “sickness of our time.” In the words of Pope Benedict XVI, “God is disappearing from the human horizon.”2

For now, Ireland has made its decision to say no to Christ. Like many, I was shocked and sickened as I watched the crowds dance with glee, asserting their new-found freedom. What they were celebrating, whether they grasped it fully or not, was the euphoria of fallen human nature and its constant desire to “suppress the truth” about God. St. Paul tells us that it is through the “ungodliness and wickedness of men” that human beings refuse to honor God as God and to give Him thanks (Rom 1:18, 20).

A friend recently reminded me of how, during St. John Paul II’s historic visit to Ireland in 1979, he framed in stark prophetic terms the spiritual battle that country was facing. St. John Paul II made it clear that Ireland was at a point of decision about whether or not to follow Christ. He knew he was sent by Christ to warn Ireland and to help them see and understand that they were facing a great temptation, and that, if they fell to this temptation, it would have grave consequences for the whole Church.

“Lay people today are called to a strong Christian commitment: to permeate society with the leaven of the Gospel, for Ireland is at a point of decision in her history . . . Ireland must choose. You the present generation of Irish people must decide; your choice must be clear and your decision firm. Let the voice of your forefathers, who suffered so much to maintain their faith in Christ and thus preserve Ireland’s soul, resound today in your ears through the voice of the pope when he repeats the words of Christ:

What would it profit Ireland to go the easy way of the world and suffer the loss of her own soul?

Your country seems in a sense to be living again the temptations of Christ: Ireland is being asked to prefer the ‘kingdoms of this world and their splendor’ to the Kingdom of God (Mt 4:8). Satan, the Tempter, the Adversary of Christ, will use all his might and all his deceptions to win Ireland for the way of the world. What a victory he would gain, what a blow he would inflict on the Body of Christ in the world, if he could seduce Irish men and women away from Christ. Now is the time of testing for Ireland. This generation is once more a generation of decision.
Dear sons and daughters of Ireland, pray, pray not to be led into temptation . . . pray that Ireland may not fail in the test. Pray as Jesus taught us to pray: ‘Lead us not into temptation’ . . . May Ireland never weaken in her witness, before Europe and before the whole world, to the dignity and sacredness of all human life, from conception until death.”3

Ireland has failed the test. We pray that she may repent and turn back, but for now she has fallen to the temptation of the Adversary of Christ. The majority have decided to turn a deaf ear to the warning Christ brought to them through the prophet St. John Paul II.

Of course, we know that Ireland is not alone in its acquiescence to the spirit of the age. The whole world is being drawn into this same temptation, to prefer the “kingdoms of this world and their splendor” to Christ.

The important thing for us in the Church is to heed the warnings of the prophets the Lord has sent to us. If we don’t, we too will join the throngs of the baptized who have been seduced into embracing a false freedom that calls darkness light.

What are we to do in the face of the unrelenting forces of evil that seem to have gained the upper hand in so many of the countries that once marched under the banner of Christ? Again, St. John Paul II:

“What is going to happen to the Church? . . . We must prepare ourselves to suffer great trials before long, such as will demand of us a disposition to give up even life, and a total dedication to Christ and for Christ . . . With your and my prayer it is possible to mitigate this tribulation, but it is no longer possible to avert it, because only thus can the Church be effectively renewed. How many times has the renewal of the Church sprung from blood! This time too, it will not be otherwise. We must be strong and prepared, and trust in Christ and His Mother, and be very, very assiduous in praying the Rosary.”4

There is much work for us to do, but first and foremost we must pray. What is unfolding in the world is above our paygrade. As St. John Paul II said on numerous occasions, this trial lies within the plans of divine providence. It is a profound spiritual battle. Our plans, strategies, and organizational techniques are necessary but insufficient. We don’t just need better organization, we need courage to “give up even life, and a total dedication to Christ and for Christ.”

Prayer is what will prepare us to face the trials that have already begun and that will not only continue but will intensify. Jesus will give us all we need to be faithful and fruitful in this time of trial. He will turn the devil’s strategies against us to our good and to His glory, if we stay united to Him.

While Ireland was casting its vote, my wife Debbie and I were in Krakow, Poland. We took a half a day to visit the St. John Paul II Center and the Divine Mercy Shrine. At one point during the tour, we came upon the white cassock that St. John Paul II wore the day he was shot in Vatican Square. The cassock, encased in glass, is stained in his blood. As I knelt down to pray, I was overwhelmed by the power of his life, his beautiful and profound witness to Christ. As I wept and prayed, my heart was filled with the words he spoke to all of us from the first day of his pontificate:

2 Benedict XVI, Letter of His Holiness Pope Benedict XVI to the Bishops of the Catholic Church Concerning the Remissino of the Excommunication of the Four Bishops Consecrated by Archbishop Lefebvre, encyclical letter, Vatican website, March 10, 2009, http://w2.vatican.va/content/benedict-xvi/en/letters/2009/documents/hf_ben-xvi_let_20090310_remissione-scomunica.html.