We had an amazing visit to the “tribal areas” to speak with all of the priests and nuns who work there. They do wonderful work in education, healthcare, and evangelization.

As Ralph Martin has been busy giving twenty-three talks during their first nine days in India, his wife, Anne Martin, is stepping in to keep supporters up-to-date on how their mission in India is progressing. Please continue to keep Ralph, the entire mission team, and those hearing their message, in your prayers!

As I write this, I’m on a train with Ralph; Deacon Dan and Dolly Foley; Fr. Chas; and our friend and host, Fr. Matthew (a former student of Ralph’s who now teaches at the Syro-Malankara Seminary in Trivandrum). Our last days in Vasai were even more blessed than the first ones! I knew Ralph was going to speak at an outdoor rally, but I was shocked when we arrived at the venue! I had imagined a grassy field, standing, and casual. Instead, we were greeted by over five-thousand people, red outdoor-type carpeting, a stage, lights, and music. Ralph gave two half-hour talks, followed by Adoration.

The next day, we drove two hours to visit a tribal area with Archbishop Machado. These tribes are a different race from the Indians and live in rural areas/reservations. We were greeted by a throng of beautiful young students playing instruments, singing, and throwing flower petals on us. I was moved to tears! Ralph gave the priests and sisters three talks. An elderly Italian nun, who has been on mission for over fifty years, is a part of the team there. They have a hospital, a primary-to-college school, social workers, and catechists. 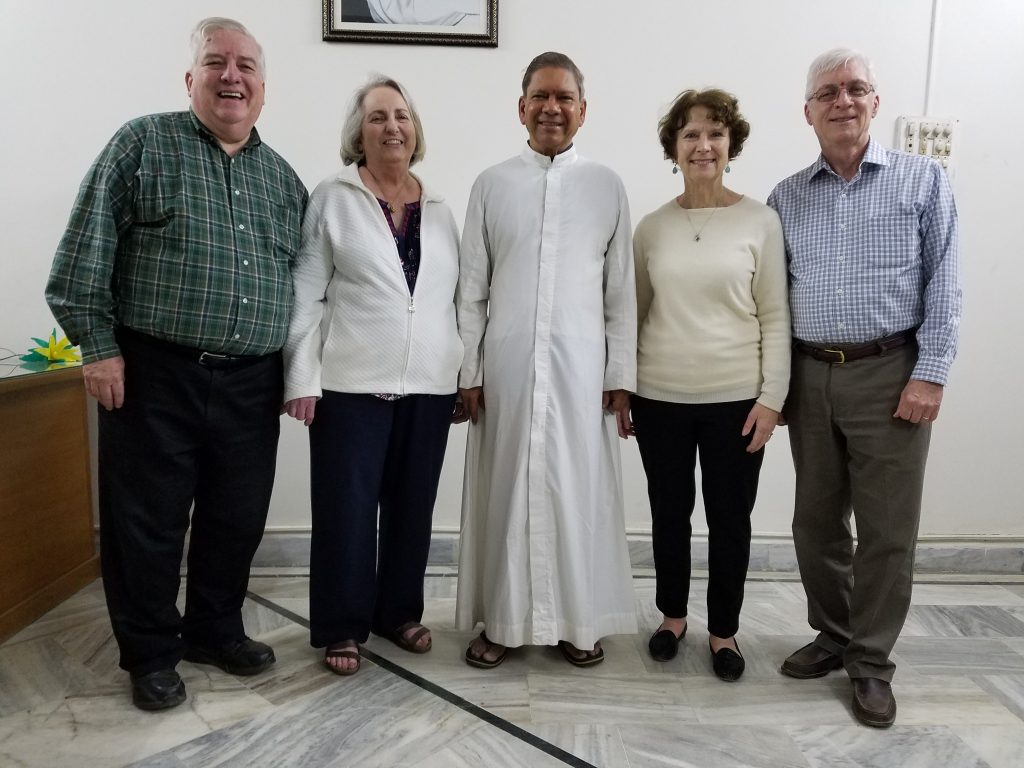 In the short week we were with the archbishop and his little community, we felt like family. It was sad to say goodbye, but it was time to go to the southern part of India. We traveled via domestic airline; I love the name—”IndiGo.” There’s another one called “Spice.”

We arrived in Trivandrum in time to settle in at Cardinal Cleemis’s house, and had night prayers and dinner with his household. They are Malankara rite, which traces its roots to Antioch. Every Psalm and prayer was sung and the thurible, which holds the incense, was refilled a dozen times. I have no idea what they prayed, but I DO know it was holy, awesome, and reverenced the Trinity.

Each day, I’m humbled by the gracious hospitality extended to us. Dinner was no exception. The entire menu was prepared with our western palates in mind. I was told they normally eat extremely hot, spicy food. We had a feast of pasta, roast chicken, vegetables, fruit, and even ice cream.

The next morning, Fr. Matthew took us to the seminary, where Ralph presented a paper at a theological colloquium. He was one of several presenters. After lunch, we visited a Hindu temple in the heart of the city. They discovered a treasure trove of gold, piles of diamonds, rubies, and more underneath it. Of course, we couldn’t go down to see it. We then drove to a beach. Trivandrum is on the Indian Ocean. The sand is gold in color and actually has gold in it.

Well, the train is slowing down, and it’s time to arrive in Cochin. Our adventure continues! 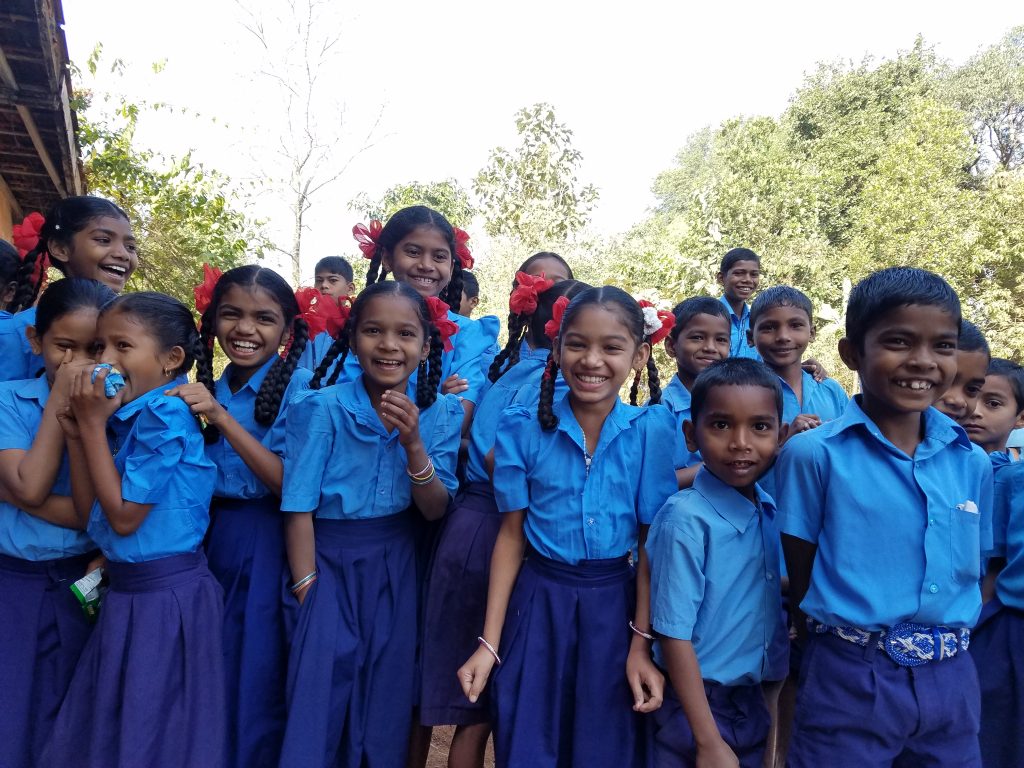 The school children, who welcomed the mission team with a great strewing of flower petals, song, and dance.