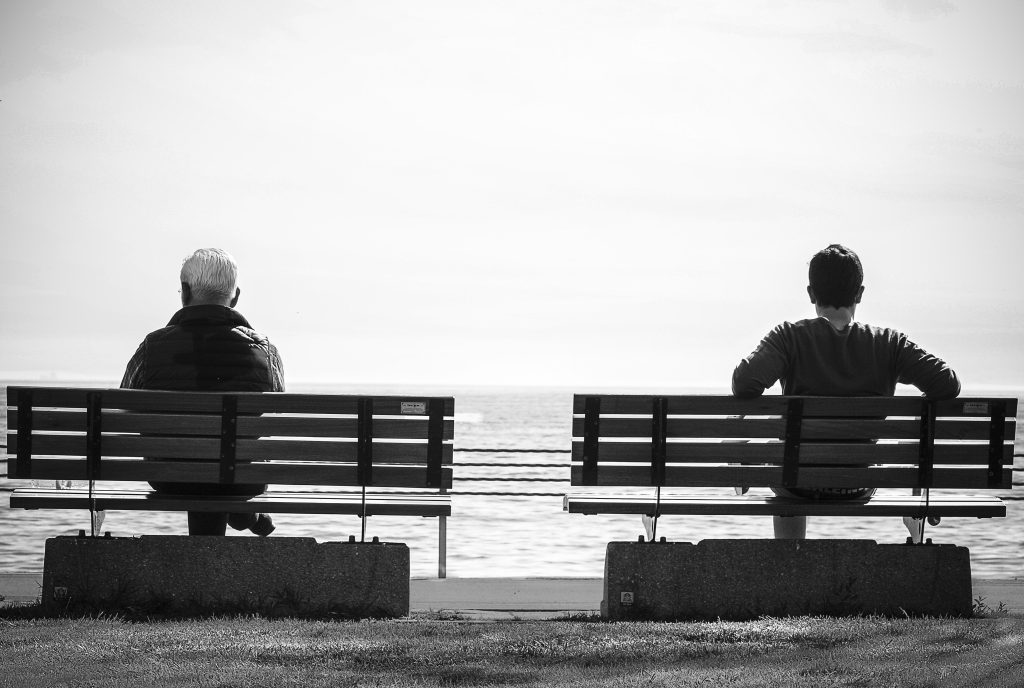 “There is some dark chaos in the air.” These words by Rod Dreher, in the American Conservative blog on August 18, 2017, recently caught my eye. Dreher is the author of the much-talked about book, The Benedict Option. The blog post was a reflection on the polarized and deeply confused state of our politics, which for Dreher, is a reflection of the larger cultural crisis that has gripped the country. He began with a Twitter message from Dr. Robert George that expressed a feeling shared by many:

“Things are spinning out of control.”

He then quotes conservative writer Erick Erickson, who expressed a similar feeling and observation about our times:

“This (the political confusion) is not sustainable. Something is going to give. I do not know what, but something will give. The nation cannot sustain this constant state of chaos and crisis.”

Finally, Dreher expresses his own feeling that “there is some dark chaos in the air.”

The blog post reminded me of a strong prophetic sense or word I received in July of 2015, while on mission in Uganda. Our team, Lloyd and Nancy Greenhaw, Deacon Larry Oney, and I were leading a week-long conference for close to 350 priests and bishops, at the major seminary in the Archdiocese of Kampala. Toward the end of the week, during daily Mass, I began to have a very strong sense of the Lord’s presence. I felt simultaneously a deep abiding peace, a feeling of fullness, and a childlike joy filling my heart.

I went to communion and came back to my seat. When I sat down, the Lord began to speak to me, not in an audible voice, but in an unusually clear way, in my heart. I got out my journal and began to write, thinking I would write down a thought or two. I ended up writing for nearly ten minutes. As I wrote, it felt as though the Lord was right there, speaking to me, in a very direct and clear way, in a serious tone. It felt like the Captain of the Armies of Heaven was giving me instructions, personal direction for my life, correction, encouragement, and insight.

At one point, the Lord began to talk about the spiritual battle that is unfolding in the world. I want to share with you the simple, direct words I believe He was speaking to me, knowing that prophesy is imperfect and always needs to be tested. I wasn’t expecting to communicate this publicly, mainly because I wasn’t sure the Lord wanted me to. But given the crisis and chaos we’re experiencing—some of which is completely unprecedented—and with the encouragement of Ralph Martin, I pass it on for your discernment. Here’s what I wrote down in my journal that day:

“Peter, the spiritual battle is about to intensify, it will pick up pace.

My judgment is coming upon the world, it is my mercy.

What is coming will flatten and expose the emptiness
of all the idols that hold my people in bondage.

Proclaim my majesty and glory.

Have no anxiety about anything;
no one can change my purposes.

The mighty of the world are about to be brought down.”

There are a number of Bible passages that give some insight to what I believe is happening that have come back to me time and again since that day. The first is Jeremiah 2:19-21 (NRSV):

Your wickedness will punish you,
and your apostasies will convict you.
Know and see that it is evil and bitter
for you to forsake the Lord your God;
the fear of me is not in you,
says the Lord God of hosts.

We’re witnessing a profound apostasy in our time—a rapid turning away from God. In the words of Pope Benedict XVI,

“Humanity is pushing God from the human horizon.”

The sin of Romans 1, the constant temptation of the human race to “suppress the truth” about God, is at the root of our cultural chaos. The root sin is refusal to “honor him as God or give thanks to him” (Rm 1:21). It’s the sin of idolatry. I believe what Jeremiah prophesied to Israel and what St. Paul wrote to the Romans is the same pattern that we are seeing today. The turning away from God is as Jeremiah prophesied: “It is evil and bitter to forsake the Lord your God” (Jer 2:19). It is profoundly evil for the creature to reject, ignore, refuse to acknowledge, or to be indifferent to the Creator.

To turn away from God, to refuse to obey Him, is to put oneself under a curse. St. Francis of Assisi wrote a letter to the political leaders of his time, warning them of this very thing: “Do not forget the Lord on account of the cares and solicitudes of this world nor turn aside from His commandments, for all those who forget Him and decline from His commandments are cursed and they shall be forgotten by Him” (Letter to the Rulers of the People).

The curse is expressed in the empty futility of a darkened mind:

“They became futile in their thinking, and their senseless minds were darkened” (Rom 1:21).

The futility of mind is everywhere today: in the denial of human nature, the rejection of God’s design, and the denial of sin; in a world in which a boy is a girl, family is whatever you want it to be, and euthanasia is an act of love; and in the belief that human beings are nothing more than biochemical algorithms, and the bright ones among us can only find hope in a vision of the future in which man’s survival depends upon his becoming a cyborg, part man, part machine. In other words, post-human.

Modern man lacks wisdom, because he no longer fears God. Things are spinning out of control, and a dark chaos is in the air, because, as St. Paul put it so bluntly, “God handed them over to their undiscerning mind to do what is improper” (Rom 1:28, NABRE). In other words, the chaos is a sign of God’s judgment for the sin of idolatry.

God does this so that we will experience the futility of our ways and turn back to Him.
So how should we respond to all this?
» Pray, fast, do penance.
» Proclaim the Gospel.
» Have no anxiety about anything. (Phil 4:6)
» Be of good cheer. (Jn 16:33)
» Set your mind on things above, where Christ is.(Col 3:2)
» Do not be surprised by the fiery ordeal that may come upon you.(1 Pt 4:12)
» Be sober, be watchful, know that the same experience of suffering is required of your brotherhood throughout the world.(1 Pt 5:8-9)
» Trust in the Lord with all your heart, and do not rely on your own insight. (Prv 3:5)
» Set your hope fully upon the grace that is coming to you at the revelation of Jesus Christ.(1 Pt 1:13)
» Rejoice always, pray constantly, give thanks in all circumstances . . . do not quench the Spirit, do not despise prophesying, but test everything; hold fast to what is good. (1 Thes 5:17-21)
» Fear God and give him glory . . . worship him who made heaven and earth.(Rv 14:7)