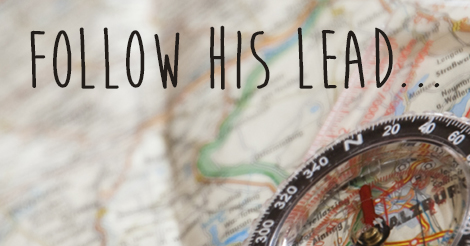 Peter Herbeck recently interviewed Bishop Earl Boyea, from the Diocese of Lansing, Michigan, on Fire on the Earth. The two discussed the diocese’s plan to host three assemblies over six years, in order to reach out to people in the pews, people who have left the Church, and people outside of the Church. The second of the three assemblies took place just two weeks ago.

Bishop Boyea (BB): When I arrived in the diocese in 2008, I was asked about my vision for the diocese. I think I stared with a blank look at everybody and said, “Well, I want to get everybody to heaven!” What more is there than that? Of course, then it’s, “OK, how do you do this?”

I basically put together a lot of thoughts about how do we get people to heaven. The pastoral letter came out in 2012, Go and Announce the Gospel of the Lord, which really called for a Year of Prayer—prayer to the Holy Spirit to guide us into what we should do. It was a powerful year—it really was! All of our parishes prayed this prayer to the Holy Spirit, asked for the Holy Spirit to come upon us and to guide us to where God wanted to lead us. And then as a result of all of that, we came up the inspiration to have three assemblies, one every two years.

The first one was, “How Do We Build up the Household of Faith?” We had that assembly in 2014. This October, we had “How Do We Try to Bring Back Some of the Lost Sheep?” In 2018, we’ll have our third assembly on “How Do We Change the Culture? How Do We Affect the Culture, Which is so Toxic?”

PH: I was able to be there for the first assembly, and it was dynamic. It was very well attended, and it had a dynamism, an energy, and a presence of the Lord. What was your experience?

BB: From the first moment, I felt the presence of the Holy Spirit. I thought, “This is incredible!”

PH: I thought, “The Lord is here—the Lord’s helping us! There’s something really happening in this room!” What were highlights from that year for you?

BB: The big thing was the incredible amount of activities that emerged afterward in all of our parishes. I never mandated anything. I wanted them to maybe start prayer groups, start small faith-sharing groups, have Encounter sessions so people can meet Christ, those kinds of things, but there was never anything specific. I said, “Let a thousand flowers bloom”—and believe me, a thousand flowers have bloomed!

I’m constantly astounded! The great thing is, everyone’s doing something.

What were your main takeaways from that assembly?

BB: The presence of God. It was just so overwhelming. It just caused me to be so grateful, and I thanked God for that, because it was an answer to the prayer that I didn’t know how was going to be answered. Craig Pohl was in charge of it, and I wondered, “How on earth is he going to pull this thing off?” But the Holy Spirit really plowed through, and got him going, and it was powerful!

PH: With the Holy Spirit present and leading us, all things are possible. The picture can be discouraging sometimes, to see where the Church is at in the West, but when the Holy Spirit comes, it just changes everything. Hope arises and creativity flows from that.

BB: We do October counts to learn how many people are attending Mass every year. Over the past number of years, we’ve lost a lot of folks. I was discouraged when I saw that, since the assembly, we’ve still lost folks. It really got me down. But then Craig said—“Bishop, the core is stronger than it’s ever been!”

This second phase is meant to help all of us reach out to friends and family members who have left the Church for whatever reason. Because I care for their souls, I want them to get to heaven. Not only that—we need them! It’s not just they need us—we need them! They’re called by name; we’re called by name. We’re all sons and daughters of the heavenly Father. The Father wants us together.

PH: What were you hoping to accomplish in the second assembly?

BB: I used the phrase in the pastoral letter, “Jesus went out after the one lost sheep.” Which I think is kind of foolish—you should take care of those ninety-nine. But the danger is—is it one leaves, then one leaves, and then one leaves? Pretty soon, you won’t have anybody left. So, you’ve got to always go after that one sheep. We all have to be as Jesus was in that story.

PH: We do have some bishops who listen to the program on occasion, and a lot of priests. Being sort of in the trenches as a bishop leading the charge, is there anything you’d like to say by way of encouragement?

BB: I couldn’t have done this without very Spirit-filled people urging me, and there’s no way it would have been accomplished without those very Spirit-filled and prayerful people following through and doing it. Just invite the Holy Spirit in to do these things, and then step out of the way.

PH: That’s a Godly way of leading—call the Holy Spirit and then step out of the way. You’ve cast a vision, there was a call there, your team worked hard to till the soil, and it created a pathway for people to move together. So many things are emerging, because the Holy Spirit is leading us and the leadership from you and your team is really helpful. You have all communicated a sense of urgency.

Please say a little bit more about the third assembly, which will take place in two years.

BB: Our culture’s pretty toxic and it’s not very conducive to living a good Christian life. How can we affect the culture? We should be out there in the arts, entertainment, and politics. We should be out there changing the world, as happened after the time of Constantine, when culture was changed by Christians. We need to do the same thing in this day and age.