Learn from Prophets in Times of Crisis 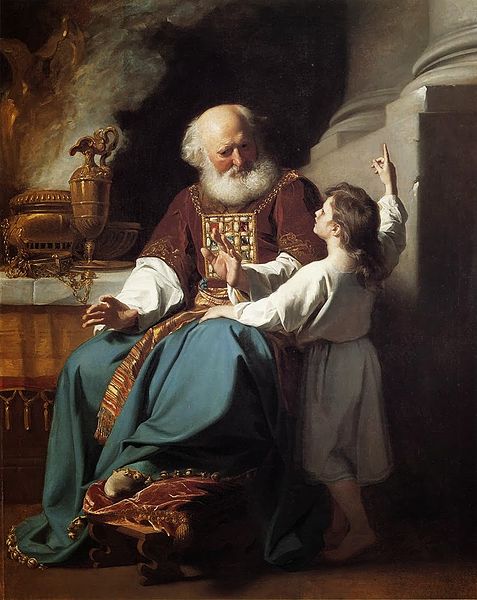 On Dec. 20, 2017, I wrote the following: “Be like Samuel with Eli, like David with Saul, and like Nathan with David.” As these phrases came to me, I committed them to prayer, sensing a unique urgency that in the days to come, these words would prove indispensable. Months later, as scandal after scandal unfolded, these words became a litmus test for how to respond. During a leadership crisis such as we are currently facing in the Church, no one is exempt from disappointment, disillusionment, or worse—drifting off course toward shipwreck.

When iniquity and immorality emerges from within, our merciful Heavenly Father exposes the wound in order to cleanse and bring healing, lest the infection spread further. Only after the wound has been disclosed and disinfected can true healing begin. When God purifies His Church, the whole Body of Christ experiences the pain of this healing process. “If one member suffers, all suffer together” (1 Cor 12:26). God desires wholeness, but in order for this to happen, we must consistently apply what God is saying to our own personal lives. Sacred Scripture gives us many examples of how to respond during times of leadership crisis, among them being the stories of Samuel, David, and Nathan.

Samuel lived during the priestly service of Eli, in a time when the Word of the Lord was rare, and spiritual leadership was consumed with corruption and compromise. Eli knew of his sons’ iniquity and sexual immorality, but did not restrain them. In this deplorable atmosphere, Samuel learned to hear God’s voice.

Samuel was birthed in a spirit of prayer and obedience. His mother, Hannah, prayed fervently near the same place Eli’s sons lusted after women. In due time, her prayers broke through the debased, darkened spirit of her day and a prophet was born.

The story of Samuel is a school in sensitivity to God’s voice, even when surrounded by decadence. Samuel heard God’s voice three times before he discerned it properly and only with the help of Eli, the very priest God was about to judge (1 Sm 3). It is a mystery, but God can still teach us through corrupt leaders, if we take the time to simply slow down and listen.

To move beyond the superficialities of our culture (Church and secular), we must be vulnerable before the Lord and willing to enter deeply into prayer and contemplation. Samuel lived this way. When God spoke to him, “Samuel was lying down within the temple of the Lord, where the ark of God was” (1 Sm 3:3).

When God delivered His Word, it carried with it a weighty responsibility and was very uncomfortable. “And Samuel was afraid to tell the vision to Eli” (1 Sm 3:15). And no wonder: he was a young boy, called to prophesy judgment over the entire priesthood under which he served.

Despite all of this, Samuel continued to grow in the Lord and became so prophetically accurate that God did not let any of his words fall to the ground. The situation amongst the people of God completely changed, from the Word of the Lord being infrequent to commonplace.

During seasons of purification, we should not be surprised when some reject God’s healing remedies. This tragedy sorely grieves the heart of God. In these situations, it is vital to guard our hearts, for they will surely be tested. A heart after God receives and extends mercy, even to those who continually reject it. A heart after God discerns the anointing that remains upon a leader—even an unfaithful one—and responds in the fear of the Lord. David is a powerful example of this in his relationship with King Saul.

God anointed and brought David into the service of this gifted yet tormented king. When David played his lyre, evil spirits left Saul. David emerged as a warrior who won great victories, provoking Saul to fear, jealousy, anger, and even attempted murder. Yet in spite of this, David kept his heart pure, because he loved God and he loved Saul.

As much as David understood that King Saul deserved justice, he knew it was not his job to enforce it. David spoke truth and showed mercy, because Saul was the Lord’s anointed. David was so conscious of this seal of anointing that even cutting off a small piece of Saul’s garment pierced his heart with conviction.

Saul’s final judgment and death brought no joy to David, who mourned deeply. His lamentation was heard throughout the land, “You daughters of Israel, weep over Saul” (2 Sm 1:24).

We are called to respond to injustice in leadership with a heart like David’s, showing respect and recognizing the anointing upon these broken images of God, so we may be vessels of mercy instead of judgment. “For judgment is without mercy to one who has shown no mercy; yet mercy triumphs over judgment” (Jas 2:13).

Unfortunately, even the purest heart can stray. David’s did. “In the spring of the year, the time when kings go forth to battle” (2 Sm 11:1), King David was in the wrong place at the wrong time. He saw a woman that belonged to another man, desired her, committed adultery with her, and had her husband killed. When his time came to face the consequences, God’s healing remedy came through the prophet, Nathan.

Nathan approached David carefully and respectfully, with a parable about a rich man who coveted and stole a poor man’s beloved lamb. David immediately recognized injustice and called out for reparation. When the prophet exposed the king’s sin, his response was completely the opposite of King Saul’s response. Filled with godly sorrow, David repented.

Although David had to deal with the consequences of his sin for the rest of his life, God was merciful to David. This would not have happened if Nathan had remained silent. The prophetic anointing was the gift that turned King David’s heart back to God, so he could be restored.

God has called and positioned some to be like Nathan; these people must carefully and respectfully speak directly to the heart of the matter to bring about true repentance.

The light of God’s presence need not be extinguished in our hearts, even in the darkest times. Like Samuel, we can be sensitive to His voice, regardless of the corruption around us.  Like David, our hearts can be filled with the fear and mercy of God, even for leaders who have gone astray. Like Nathan, God desires to work through us to restore leaders back to Himself.

However, like Samuel, one may be used by God to speak to a whole nation and still lose his family. Scripture states that Samuel’s “sons did not walk in his ways, but turned aside after gain; they took bribes and perverted justice” (1 Sm 8:3). Like David, one can slay giants, win wars, and expel demons, and still fall into sin that wreaks havoc for generations to come (2 Sm 13-19). Like Nathan, one can be prophetically accurate most of the time, yet give counsel to do the wrong thing at the wrong time (2 Sm 7:1-4).

When God shines His prophetic light into the heart of the Body of Christ, darkness is dispelled and the infection of sin is exposed. In that moment, we are especially disgusted by the sins we see in leaders we respect; let us not also fail to recognize the very same light is shining into the crevices of our own hearts.

When truth pierces our hearts, it can cause many emotions to rise to the surface—shame and regret being two of the most common. These are signs that we, too, need to be healed. We can either resist, or we can fall to our knees in repentance, making room for restoration.

Dear brothers and sisters, the process of purification is indeed painful, but the end result is healing and wholeness. God wills this for every one of us, not only for our esteemed Church leaders. He stands at the door of my heart and yours. He sees the crisis brewing inside. He beckons each to Himself so He may lead us into triumph. When we allow Him to heal the leader within us, we can then respond with veracity to the leadership crisis in the Church.