Spreading the Gospel in Romania: Bearing Fruit During the Pandemic 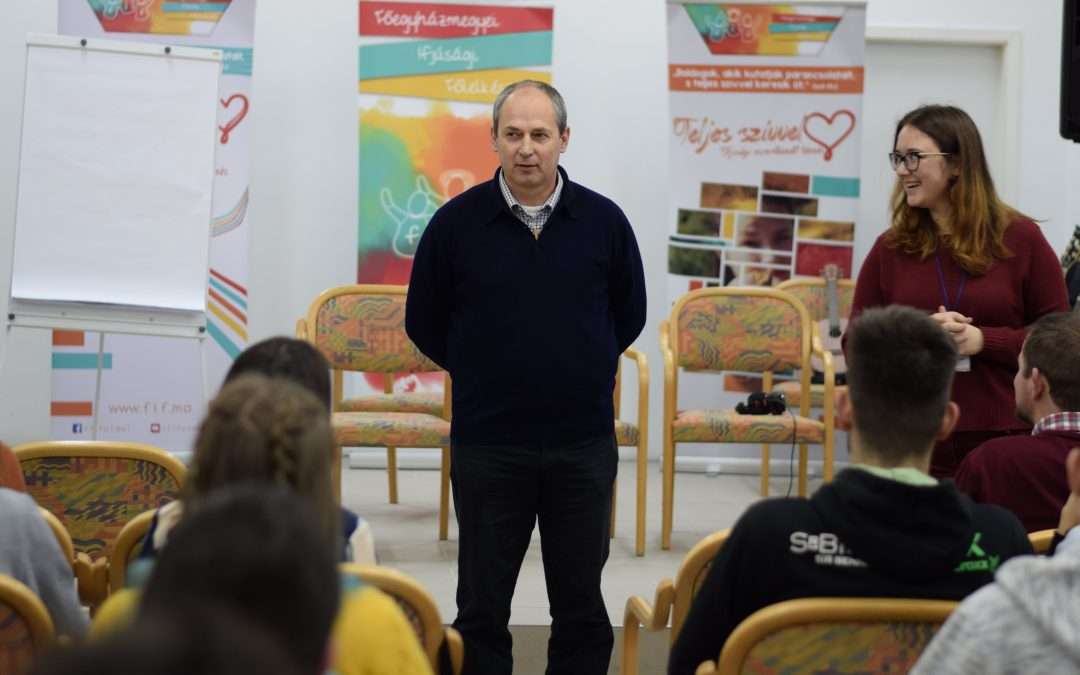 Our work in Romania was bearing much fruit when the pandemic hit. We originally thought things would settle down quickly, and so I made calls and sent text messages so we could worship at the same time in our homes, even though we couldn’t meet as prayer groups. I didn’t want to lose our momentum or have people fall away; it is very easy to quit going to prayer group.

Once quarantine ended and outdoor Holy Masses were permitted, we held shortened prayer group meetings after Mass on the church square. It brought us great joy to pray and worship together. The church square is in plain view, where pedestrians can see everything. Praying there was a testimonial deed. To our great joy, people started joining us—mostly those who also took part in the Mass, but sometimes also priests, and once, even the bishop.

In the summer, the authorities lifted some restrictions for a time. I tried to visit at least one community each week. During this time, I also organized two retreats.

During the first retreat, members of two new small groups were encouraged by worship and adoration of the Holy Sacrament. I provided a microphone for those who wished to pray out loud, and the Holy Spirit moved powerfully. These simple brothers and sisters had never done anything like this; most of them find it hard to even pray aloud in their own communities. Their prayers came from the heart, not from routine. They spoke modestly and cried a lot. At one point, I bowed to the ground. Maybe I should have removed my shoes; God’s presence was astoundingly clear. Those brothers and sisters greatly needed the strength they gained from that day. They grew richer through a meeting with God, which they could look back on in the coming months of restrictions.

The other retreat I organized was for a community in Arad. The community was very happy to hear my team’s testimonies and encouragement. I have spoken with them for years about following Christ in a deeper and more committed way, and about not just walking ankle-deep into the river of the Holy Spirit. It’s good to see many of them progressing nicely in their personal callings. It was a joy to be with them.

I organized a third retreat for another community, which we held online due to the second wave of the epidemic. The retreat lasted three nights, and each night featured a different speaker who also led prayer and worship. The first leader was Deacon Zoltan Kunszabo, Renewal Ministries’ country coordinator from Hungary. Since many in Romania don’t have an Internet connection, we sought the help of an IT tech who made the Zoom lectures accessible through a webpage. We also reached out by phone to those without Internet access. Everyone was very grateful. Many additional people ended up joining in the lectures! I must confess that I formerly had doubts about the effectiveness of ministering on the Internet, but I’m glad I organized the retreat. It might even be my proudest accomplishment of the year.

The epidemic made it impossible to hold any youth camps. However, I formulated an alternative plan that consisted of multiple day-long trips with only a smaller number of youths in the mountains, far away from any settlements. I also found new areas for our rock climbing and caving programs. The biggest challenge with not having a central camp area is the lack of a fridge, kitchen, and shower. The pieces started coming together, but then I realized I was struggling in vain. The parents were afraid. During the entire summer, only two sets of parents contacted me regarding the camp. Finally, I had to abandoned the idea. However, I believe that we will try this new, more affordable form of camping this summer.

Five years ago, in collaboration with the youth ministry of the archdiocese of Alba Iulia, we started the “Teljes szívvel” (“Wholeheartedly”) youth training program. This complex training encompasses eight weekends. After a one-year hiatus, they invited us to help with it once again. This year, we had multiple training programs running at once—the usual youth leader training programs, and also a new music ministry leadership training program, for those who had completed the regular program in previous years. In total, we had three separate groups with about sixty young people in all.

I came to know the participants as humble brothers and sisters who wanted to serve God. We organized three weekends, two in the beginning of the year and one more in September, when, for a short period, the harsh regulations were eased. We organized the rest of the weekends online, but we made progress much more slowly this way. The training is still ongoing.

I’m glad I accepted the request to help with these training programs. I believe they can see how essential the Holy Spirit is to this training. Without Him, no matter how well we do things, a necessary element will be missing.

In September, Bishop Böcskei László, from the Diocese of Oradea, invited me to a colloquium. There were only five people present, including myself, and we talked about what we could do in the current situation. My standpoint was that even though we could not organize any events, we should try to organize trainings for the believers in the online space. My proposals were welcomed with great joy, and I was basically given free reign. We started two trainings: one for our youth leaders, and another one for believers from all across the spectrum of the Church. The youth leader training is a short, monthly Zoom gathering that focuses on advanced training and team building. In the other training, intended for a wider range of believers, I spoke about evangelization and how to lead others to God. I’m trying to give specific help. I’m striving for it to be spiritual, motivating, and full of personal experience. The recorded videos are edited by the diocese and published on its page. I didn’t know what the reception would be like. What if the subject didn’t interest the believers? However, I was bombarded with phone messages the day after the first video’s release. This was very encouraging! A couple of days later, I learned that more than 3600 people had seen the video in less than three days. I would have never thought the message would get to so many people!

I also started working for Radio Maria (the only Catholic FM radio station in Romania). We spoke a long time about the lack of evangelizing programs with the station director. Ultimately, a program was born that calls listeners to God and features six speakers in rotation. I became one of the six. Fr. Tibor Karacsony, the station director, also asked me to start my own program on evangelization. We were able to train the Catholic listeners of an entire country! By the grace of God, this broadcast might bring a breakthrough; if not, it at least will give momentum to our work.

The past year was like trying to swim against the current. It seemed like the best progress I made was in learning how to use new forms and methods of reaching people. On one hand, I have never been so restricted in my work; on the other hand, God opened doors, and I have never had such big opportunities to help bring others closer to Christ.

Tibi Majoros was born in Hungary under Communism, and grew up without any faith. In 1989, at the age of 29, he met the Lord and became very active in his Catholic faith. He received a Bachelor of Arts degree in Greek-Catholic pastoral theology. In 1995, he married Martha. They currently live in Oradea, Romania, with their three boys. Tibi is the founder of the community of St. Paul Oradea and the administrator of Foundation Missio. He is also the former president of the Catholic Charismatic Renewal in Transylvania and the former promoter of Radio Maria Transylvania. Tibi began collaborating with Renewal Ministries in 1998, promoting and pioneering the work of evangelization in Hungary and Romania. Tibi has organized evangelistic events, Holy Spirit seminars, youth camps, retreats and rallies, and has worked in the renewal to help to form young leaders.