Spreading the Gospel in Romania 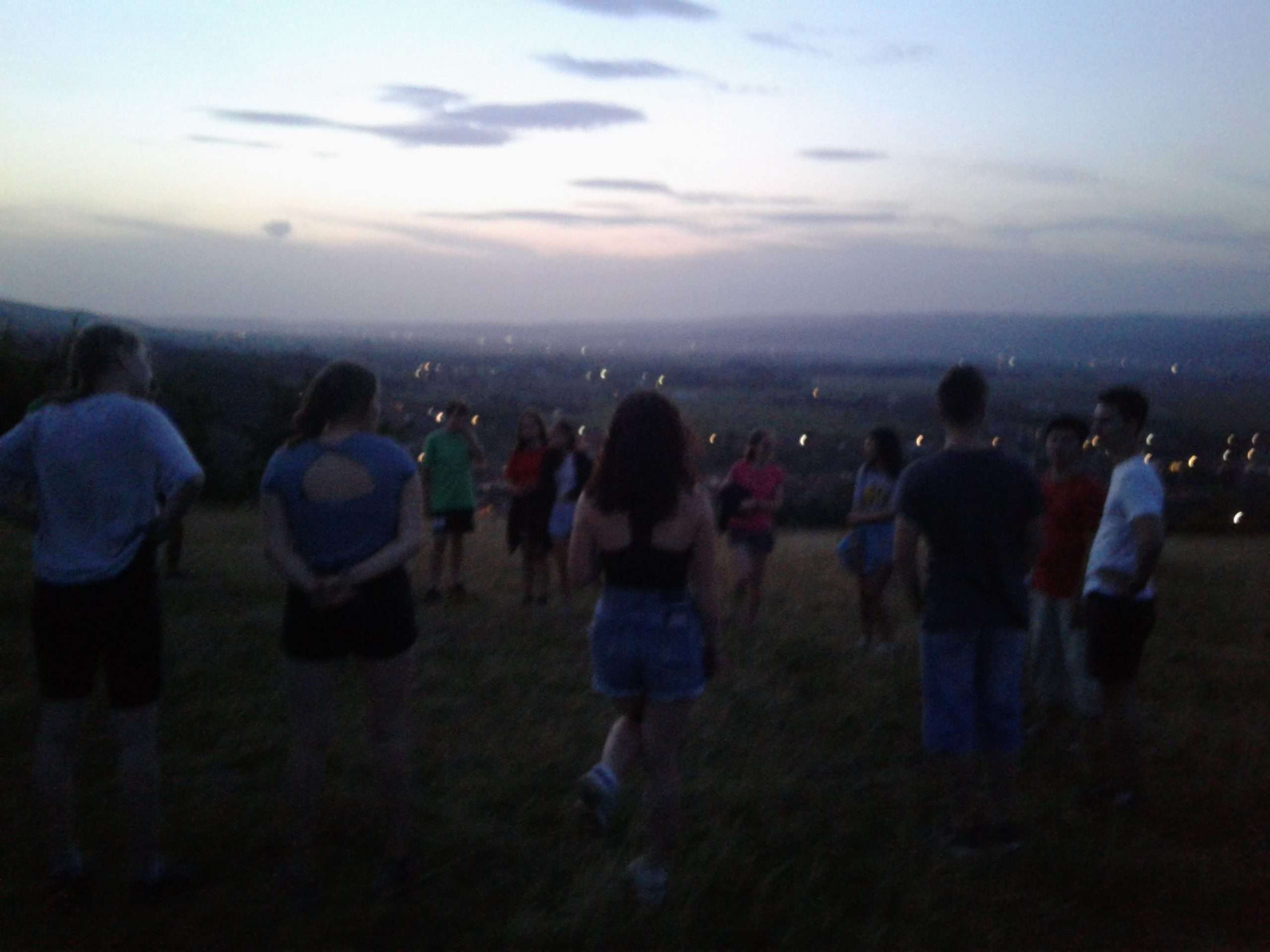 After a hiatus due to the pandemic, we organized four Youth Adventure Camps in the summer of 2021. It was a challenge to bring in the optimal number of participants. The parents were still reluctant to let their children come to camp because of the virus. And yet, fewer participants allowed us to make camp much more personal and more profound for those who did attend. I’m still convinced that camps are the most effective form of reaching out to youth, but that doesn’t mean it’s easy. The rental fee for the camp facilities had been paid the last year, and we could not ask for more postponements, so we moved ahead, even with smaller numbers.

We also began camp with fewer team members due to some hard choices I had to make regarding young adults who wanted to continue as leaders while living their lives and talking in such a way that they would not be good role models in the faith. I had no choice but to say, “It’s better if you don’t come.” The hard choices paid off quickly. At the first camp, participants exclaimed, “I want to be just like him/her!” They asked when they could become organizers themselves. We owe much of this to the faith of our team members.

The Holy Spirit always gave us ideas for what to do instead of the scheduled programs on the days when there was too much rain. I was especially glad that a team member gave a testimony each morning. For the first time ever, some participants indicated that they would also like to share their testimonies. We were able to emphasize the spiritual programs and make sure they were of good quality.

This year, for the first time, we organized what I called “Wandering Camp.” During the pandemic, I came up with the idea of visiting specific locations with a van and a small number of participants for a short time. The advantages of a Wandering Camp are many: it eliminates camp rental costs, which are always huge; we aren’t in direct eyesight of the law; we get to see new places; and if the weather turns bad, we can simply leave. Due to fewer participants, this style of camp was much more personal; it was a positive experience for everyone.

The best summer moment for me was when Father József asked who wanted to go to confession before Holy Mass during the second camp. The participants were mainly searching for or not really practicing their faith. Everyone kept looking from the corners of their eyes at each other. Nobody moved. Finally, Eszter stood up and went with Father József to the middle of the camp, where she kneeled next to the priest in front of everybody. Even though she’s not my daughter, I felt like I would die of the pride I felt. The way this girl showed her faith in front of everyone was truly an example. Afterward, others wanted to go to confession as well.

The other thing that meant a lot to me was when we arrived home. The youth had hardly talked on the train, but when they arrived at the station and saw their parents, they started crying. They hugged each other and didn’t want to leave.

I am convinced something had happened in the camp, thanks to the grace of God. It seems we did something well. What is especially good is that the connections between these youths seem to have held out. Since camp, we have organized six meetings and a one-day hiking trip into the mountains. Also, from among the group of participants in the four camps, four decided to start the Wholeheartedly Youth Leader Training. We never had even thirty participants in any of our camps, but I see that this was God’s will, and it was a good thing. The camps were much more personal, and the message reached deeper depths.

I send my thanks to God and to you, dearly beloved brothers and sisters, for having made these camps possible for so many years!

Testimonies from leaders and participants

“The edge of Heaven. The camp radically changed me. The spirituality that our dear camp organizer and his helpers were able to ensure for us touched every camper. I experienced how much power caring, pure kindness, and a couple of good words can truly have. I managed to catch the “edge of heaven” in those days because we came home with something more than just our shared experiences. We received something that will accompany us to the end of our lives. We experienced the closeness and power of God through community. Afterward, we rode home on the train with teary eyes since we would never long for anything else after tasting these camps. A new measuring stick had been placed into our hands. I was able to take part in unforgettable programs in a community forged by love. I anxiously await the next occasion.”

“This was my first time in such a camp, and the way the others accepted me was wonderful. I would like to emphasize their testimonies. I would have never guessed the hardships they go through. The way they undertook their faith, the things they shared about how they’re made fun of by their peers because they’re different. They have all my respect for this. I’m convinced that they will be the evangelization leaders of the future. This should not be discontinued; their hands should not be let go. They have to be helped to hold fast. I went to camp with a personal crisis. Tibor had to really convince me to go. I’m not sure what happened to me, but I came back home as a different person. I still can’t explain it even today; I’ve changed.”

—Magdalen, one of our cooks

“New doors were also opened to me by strengthening my faith and getting closer to God, for which I am very grateful. I will never forget the time spent, the joyful memories, and the fantastic people. I will cherish these in my heart.”

“I’m glad that in the world we’re living in today, there are still places like this for youth where they can see beautiful places and experience the beautiful greatness of nature that God created for us. It’s wonderful seeing the joyful faces of the youth after all the adventure, games, team buildings, getting acquainted with each other, teachings, and testimonies. Also, they want to stay with each other, make their friendships everlasting, and want to learn more because here, they experience something other than at home, school, or the world. The thing that touched me deeply was the fatherly care, love, attention, and security that the youth received and how they got to see what God’s care really means. This is the most important thing.”

—Ileana, math teacher, one of our cooks

Tibi Majoros was born in Hungary under Communism, and grew up without any faith. In 1989, at the age of 29, he met the Lord and became very active in his Catholic faith. He received a Bachelor of Arts degree in Greek-Catholic pastoral theology. In 1995, he married Martha. They live in Oradea, Romania, and have three sons. Tibi is the founder of the community of St. Paul Oradea and the administrator of Foundation Missio. He is also the former president of the Catholic Charismatic Renewal in Transylvania and the former promoter of Radio Maria Transylvania. Tibi began collaborating with Renewal Ministries in 1998, promoting and pioneering the work of evangelization in Hungary and Romania. Tibi has organized evangelistic events, Holy Spirit seminars, youth camps, retreats and rallies, and has worked in the renewal to help to form young leaders.