The Hope of the Narrow Way 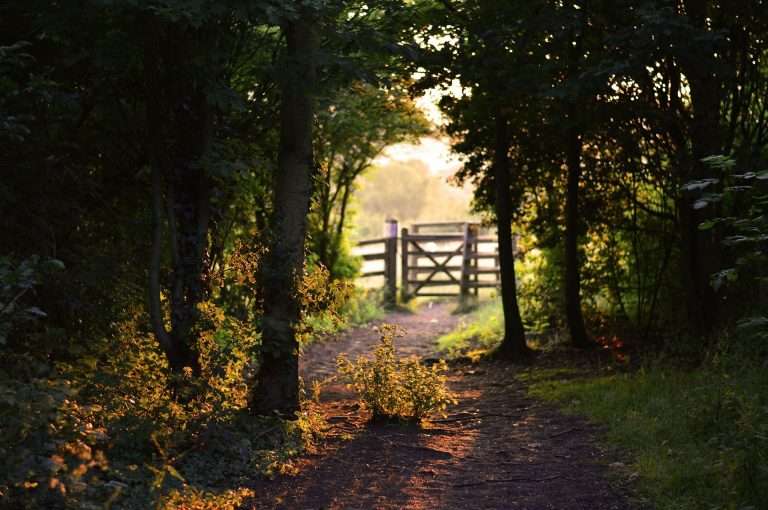 Fr. Richard Vigoa, the pastor of St. Augustine Church in Coral Gables, Florida, shared the following homily with his parish in 2019 on the second Sunday of Lent. Fr. Vigoa is enrolled in the Licentiate of Sacred Theology (STL) Program at Sacred Heart Major Seminary in Detroit, Michigan.

From the writings of a well-known Saint:

“. . . I saw two roads. One was broad, covered with sand and flowers, full of joy, music and all sorts of pleasures. People walked along it, dancing and enjoying themselves. They reached the end without realizing it. And at the end of the road there was a horrible precipice; that is, the abyss of hell. The souls fell blindly into it. As they walked, so they fell.  And their number was so great that it was impossible to count them. And I saw the other road, or rather, a path, for it was narrow and strewn with thorns and rocks; and the people who walked along it had tears in their eyes, and all kinds of suffering befell them. Some fell down upon the rocks, but stood up immediately and went on. At the end of this path there was a magnificent garden filled with all sorts of happiness and all these souls entered there.  At the very first instant they forgot all their sufferings” (Diary 153).

These words are taken from the diary of St. Faustina, a Polish nun and a great mystic of the last century, who recorded her numerous encounters with the Lord, the Blessed Mother, and the angelic host in her diary. The account here, and on other occasions, of her description of Hell is chilling—it’s a wonder why we don’t pay more attention to it.

That vision describes well the wide road, filled with delights, that leads to Hell—the path of those who act as if God does not matter and are immersed in worldly pleasures.

I’m struck by the way she describes the condemned souls’ fall at the end: They fell blindly; they didn’t realize it was coming; perhaps they thought they had all the time in the world to dance along that road, but the abyss swallowed them suddenly and without warning. What a reminder, especially important during Lent, to stay off that road—that if we find ourselves on that road through mortal sin that we should get off immediately, and back on the other road.

As we heard, St. Faustina describes that other road as well, describing it as more of a path. In contrast to the wide and happy road, this path was rocky and strewn with thorns. The people upon it were crying because it was difficult, and they suffered much. She’s describing, of course, those who are faithful, who have to suffer for a time because of their faith and in order to remain faithful. What strikes me about this path is how sometimes people fell down, overcome by the difficulties, but they got right back up again.

But what really strikes me, just like the other road, is the end of the path. Whereas the other road dropped off into the abyss of Hell, this path ends in a beautiful garden, the heavenly kingdom, filled with all sorts of happiness. The instant that the blessed souls crossed into this garden, they immediately forgot all the suffering they endured to get there.

This is a fitting vision, given to us by St. Faustina, to consider on this second Sunday of Lent, when the Church always gives us the account of the Transfiguration of the Lord. The Apostles Peter, James, and John were given an extraordinary glimpse of the glory of the Lord. It is a glory, St. Paul reminds us today, that the faithful will share with the Lord, who will, “change our lowly bodies to conform with his glorified body.”

The Church teaches us that Jesus allowed the disciples a glimpse of the glory of the Lord, and the glory that awaits them, in order to give them hope in the time ahead.  As we well know, the disciples were to face many trying times in the years that followed, both while Jesus was among them, and after the Ascension when they brought the Good News into the world.

The path they were on was like the one in St. Faustina’s vision—difficult and painful—but in the end they would reach the Kingdom of Heaven.  They most certainly kept that memory of the transfigured Lord in their minds when the threats, the persecutions, the rejections, and their own martyrdom drew near.

The Transfiguration gives us the same hope. In this country, we do not face the same level of hardships—the threats, persecutions and rejections that the Disciples did, but we do face them. To be a modern-day disciple is difficult at times. There is much that we must accept, and much that we must reject in order to be faithful disciples.

Very often, we are like those on St. Faustina’s rocky and thorny path—in fact that is exactly what that vision showed . . . the hardships of the faithful.  It’s hard to be faithful, especially when we see all those around us on the other path, who suffer nothing. But we know where that path leads them.

Let’s do two things, and Lent is the perfect time to make these pledges: First, let’s commit ourselves to the difficult path that leads to Heaven. Let’s have faith enough to remember what comes at the end, that all our hardships will be forgotten the instance we enter into the Kingdom. St. Paul reminds us: “eye has not seen, ear has not heard, nor has it so much as dawned on man what God has ready for those who love him.” So let’s commit to the path that leads to eternal life. If we fall, like those in the vision, let’s get back up again immediately and not leave the path even for a moment.

In committing to that path, it means we reject the wide road with its delights. We can’t be on both. And if we’re on the other road, we never know when that abyss will open and swallow us.

Second, let’s support each other on that path. To be a Christian is to be part of a community. We help each other on the path, we call people who have strayed back to the path, and we remind each other what awaits us if we stay faithful. We’re in this together as the People of God.

In his mercy, Jesus allowed the Apostles to see a glimpse of his divine glory as the Son of God, and he allowed St. Faustina to see a similar vision. As we struggle on earth to remain faithful—to keep off the road that leads to the abyss and on the path that leads to eternal life, we are strengthened, and we receive great hope by the thought of the eternal joy that awaits the faithful.